How I Came to Write “In the Game” 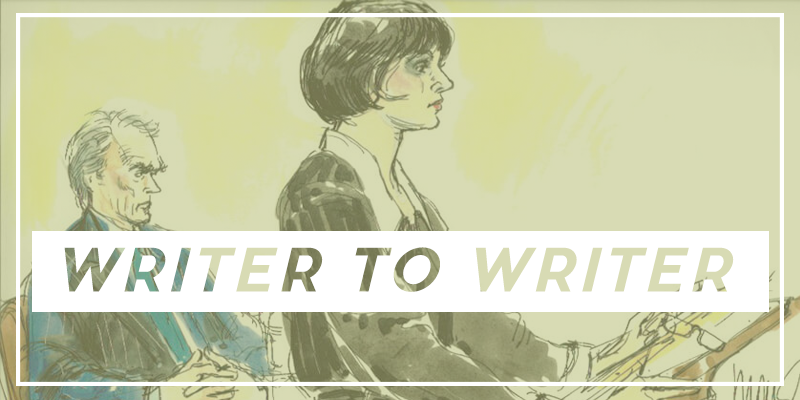 I have been writing this book for a long time. Well, not actually this book…but a book. In the more than forty years I have been practicing law, I have always written in some form or another, yearning to share what I was experiencing and learning in my life’s work, especially with other women. I wrote like a lawyer, however, which is to say in a passive voice and, over more than three decades, it became my default voice. Sounds strange, as lawyers are by most measures not a passive lot. Legal writing, until relatively recently, was, by and large, in the passive voice, as if our arguments could be more acceptable that way. “With all due respect,” was like a disclaimer of what was to come next (i.e., “The truth has eluded the defendant.”). A clear direct statement equivalent would be, “He is a liar.”  But, in my off hours, I tried to write for a different audience than judges.

Journals bloomed like mushrooms all over my house. I attempted to write fiction based upon my experiences as one of the first women solo practitioner trial lawyers in Los Angeles.  While the stories were fascinating, the writing was flat. It all smacked of brief writing, recitation of facts, argument, and conclusion. Even the snappiest stuff seemed trapped in a passive voice.  I understood that there was a story to share that needed sharing but I had no idea how to go about it.

And then, in November 2004, after nearly thirty years in practice, I was sidelined from  “the game” by a life threatening illness that required emergency surgery, two weeks in ICU, and years of recovery. There were surgeries and months and months of debilitating health issues. When I closed down my litigation practice, I lost my identity as a trial lawyer. I had to get out of the game of practicing law to get into the game of writing about it.

Being sidelined from the law was traumatic. Feeling worthless, I became reclusive and depressed. Then somehow, I chanced upon an online fiction-writing course through UCLA extension. What the hell, I thought. I have nothing to lose and it might be fun. I simultaneously began studying to become a certified yoga teacher. My ADHD, the weapon I had wielded most of my life to slash through obstacles in my path, now hung like a sword over my head. I had to do something; but I couldn’t focus long enough to do anything.  I could only work in small spurts. Throwing caution to the wind, I started cobbling together a wild legal thriller, something of a revenge fantasy.

That was strange because I can’t read legal thrillers without scaring myself! My friend Marcia Clark, who cranks out bloody legal thrillers at the rate of two a year, pointed out, “ You’re writing a book you won’t be able to read!” True enough. Then there was the book I had been messing around with for years on the horrors the tort reform movement threatened to inflict on the justice system. “Tort reform?” my son Colin asked.  He followed that with “Zzzzzz.”

That is how I found my way to a memoir writing group made up of women contemporaries, many of them published authors and college professors.  That was four years ago, and it has changed my life. Every week, each woman reads something she has written, and the rest of the group gives verbal, as well as written, critiques of the work. Did it show reflection, sound honest, have heart? At the outset, I couldn’t imagine being so self-revealing and was astonished at the ease with which my sister writers accessed emotion, sometimes mid-sentence, being unable to go on on with a reading, eyes welling up with tears. The first time that happened, I figured I didn’t belong. I could never do that and wasn’t at all sure I wanted to. Invariably, the criticism of my work was along the lines of, “But where are you in this piece? There is too much law.” I was still writing a legal polemic___ actually, I realized, hiding behind it. While I used my own cases and experiences for structure and substance, I was not writing from my heart the way a writer of memoir must. I was hiding behind the lofty principles of the law. It took a long time and lots of flops to finally find my voice.

PEGGY GARRITY  began her life as a small-town Irish Catholic girl in the Midwest. Initially convent-bound, she became determined to escape a life like her mother’s, and in the mid-1970s she reinvented herself as a high-profile Los Angeles trial lawyer and single mother of four. At a time when there were virtually no women solo practitioners, she represented David against Goliath―and risked it all in the process.

Her first of many high-profile cases was representing convicted and imprisoned would-be presidential assassin Sara Jane Moore, whose collect calls during breakfast were often answered by Garrity’s five-year-old Erin.

Over the years, Garrity won multi-million dollar verdicts and settlements against IBM, Southern Pacific Railroad, the Getty Museum, Warner Brothers and Clint Eastwood, and many others. Her cases are featured on 60 Minutes, in the Wall Street Journal, on the cover of the New York Times Sunday Magazine, and in People Magazine, as well as other domestic and European publications.

She is semi-retired and takes only a few select cases and is now a certified yoga and meditation instructor who teaches small groups of women in Santa Monica and Malibu. The LA Times published her op-ed about the Halliburton rape cases, “About that Day In Court,” in 2008. Garrity is a doting grandmother of six.

Her memoir, In The Game: The Highs and Lows of a Trailblazing Trial Lawyer, her tale of practicing law and raising four kids alone, was published on August 9, 2016 (She Writes Press).