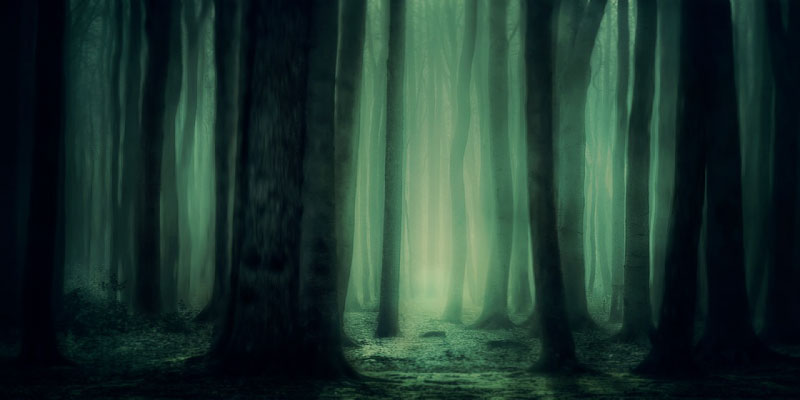 As the nights draw in, there’s nothing better than a chilling, thrilling read to pass the time. While the five books included in this roundup are all quite different from each other, they are united by the suspense and sense of intrigue that permeates them. As long as you don’t want to put your mind at ease, sit back, (try to) relax, and let these stories transport you to another reality, where all manner of nefarious things are possible. 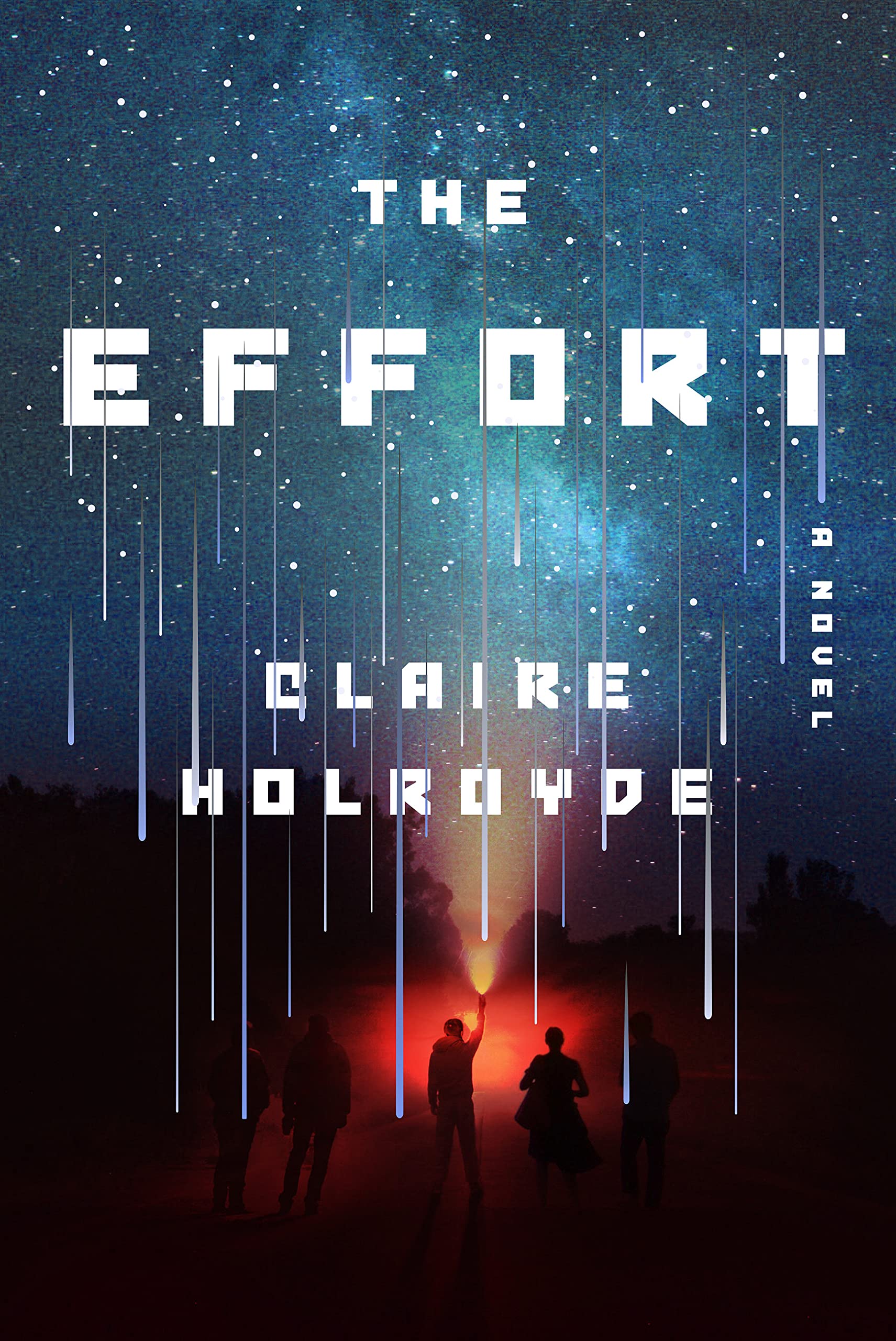 When an eight-kilometer comet is detected near Jupiter’s orbit, those who take the time to consider its nearness to the Earth recognize the significant threat it poses to humanity. After all, a similar situation didn’t end well for the dinosaurs, did it? Foremost among those who understand the impending danger is scientist Benjamin Schwartz, who, together with girlfriend Amy Kowalski and an international band of adventurous boffins, decamps to South America to devise a way to save the planet from catastrophe. Simultaneously, the crew of a polar icebreaker struggles to capture the majesty of the Arctic before it is destroyed forever (and by causes other than the comet). Claire Holroyde’s The Effort is the gripping tale of brave sections of humanity as they attempt to find hope and solutions in the face of almost certain disaster. A thriller with a strong environmental message, it stresses the importance of international collaboration and never giving up, however hopeless things may seem. 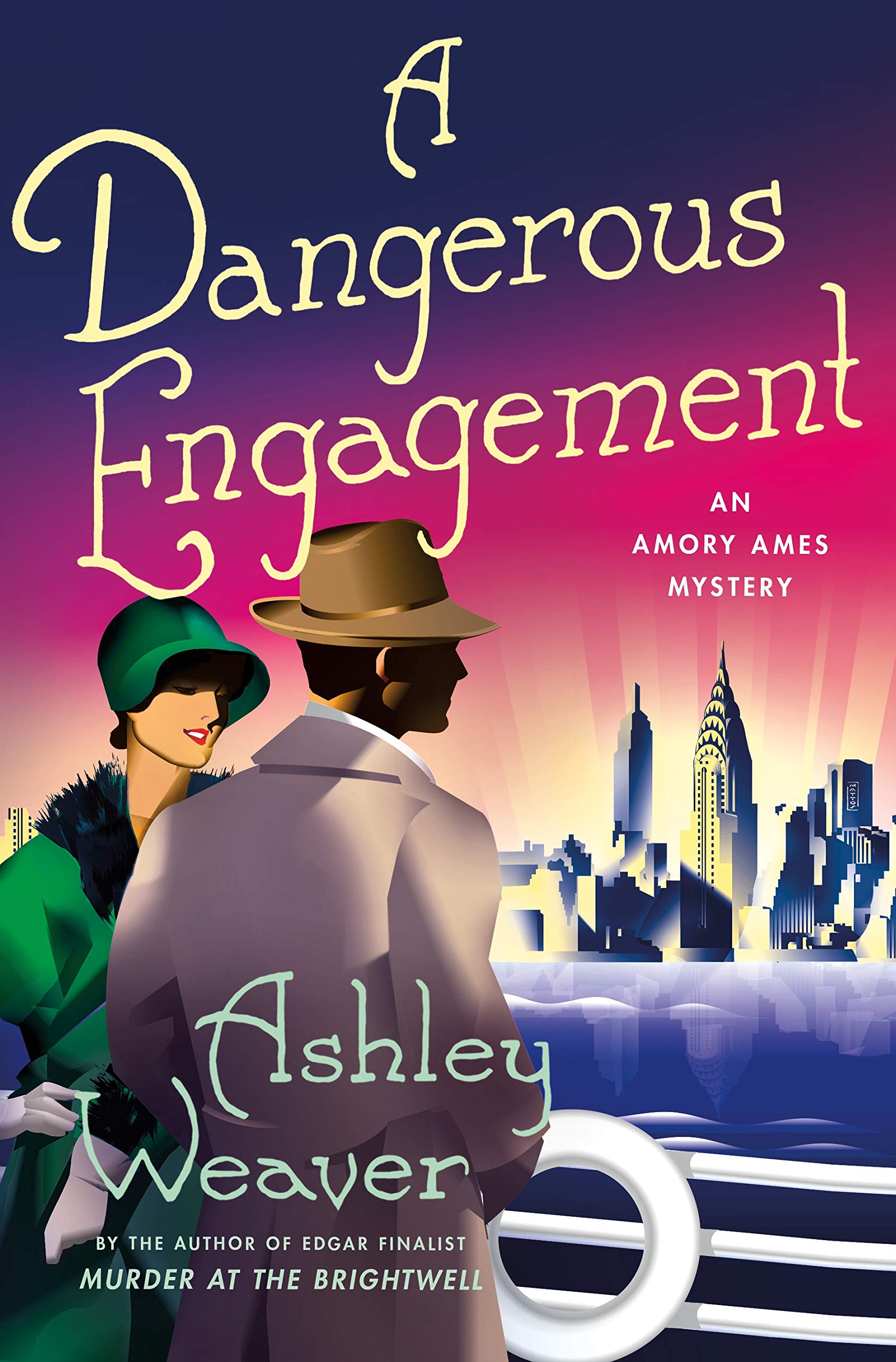 A Dangerous Engagement, the sixth book in Ashley Weaver’s series, sees feisty amateur detective Amory travel to New York to attend the wedding of her best friend, Tabitha Alden. Although she didn’t enjoy the crossing, Amory is looking forward to the wedding, but her husband Milo feels the exact opposite; prohibition-era New York holds little interest for him. Unfortunately, things turn rather more interesting rather quickly when a member of the wedding party is murdered. While the police concentrate on the likely involvement of notorious gangster Leon De Lora, Amory focuses on the possible suspects among the wedding guests, at least some of whom seem to be keeping significant secrets. Ashley Weaver does a great job of recreating the atmosphere––both the glitz and the danger––of life during prohibition, wonderfully capturing the dialogue and concerns of the time. The murder mystery itself is nicely convoluted, with the twists and turns building to a somewhat outlandish yet still highly satisfying conclusion. 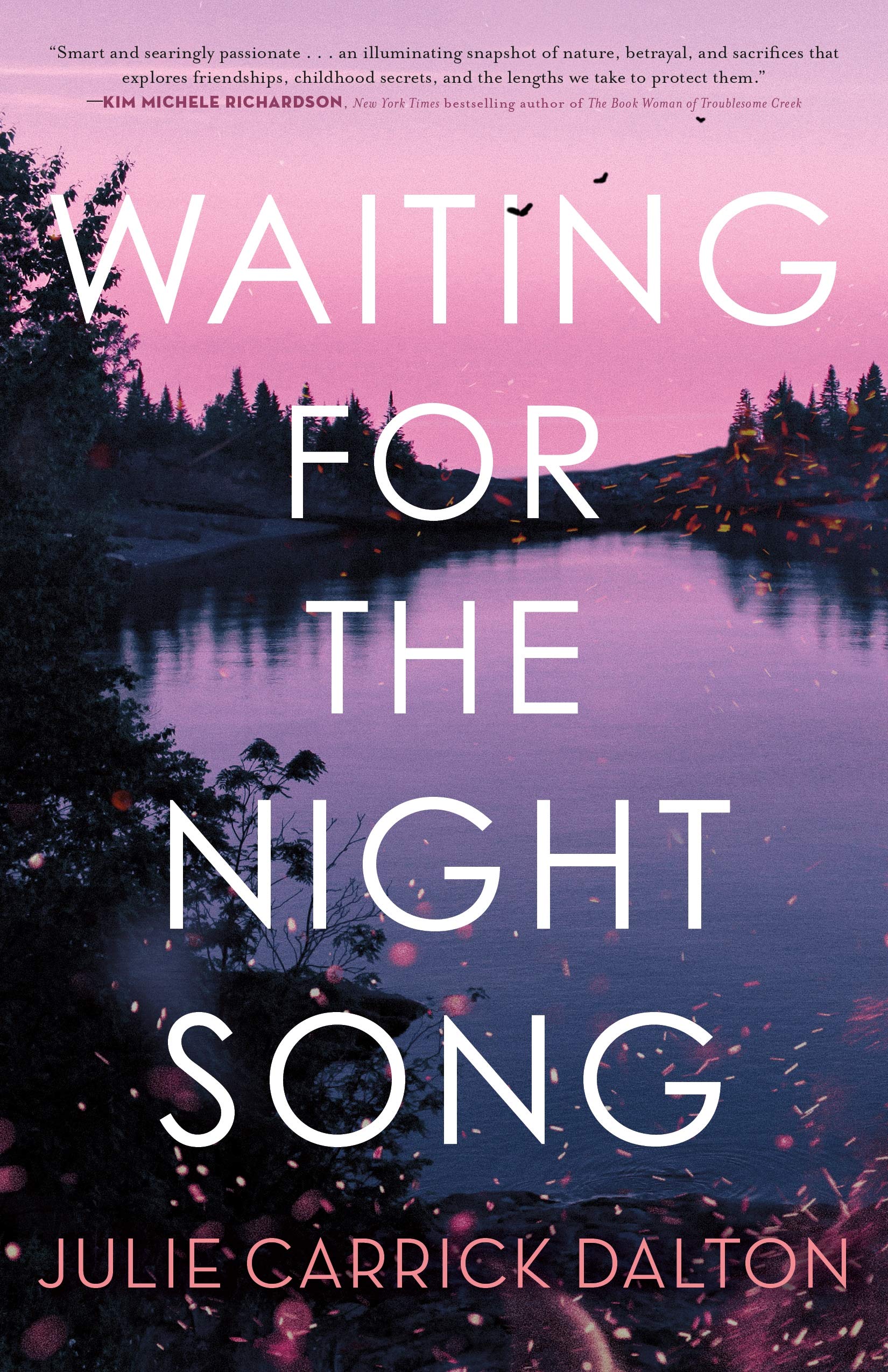 A coming-of-age story founded on an intriguing mystery, Waiting for the Night Song by Julie Carrick Dalton follows two former childhood best friends as they reconnect and attempt to deal with a secret from the past that both drove them apart and bound them together forever. Forestry researcher Cadie Kessler has spent years trying to escape from the shadows of her past, but she is forced to confront and reevaluate long-buried feelings and secrets when her former best friend, Daniela Garcia, sends an urgent message that forces her to return to her former hometown. Cadie will have to decide how far she is willing to go to honor former oaths and protect both the people and the forest that she loves. Cadie’s story is a suspenseful tale in which the sense of danger and menace builds slowly as she attempts to uncover truths that have been buried for far too long. Aside from the mystery aspect, the story covers weighty themes such as racism, community erosion, and climate change, which makes for compelling reading. 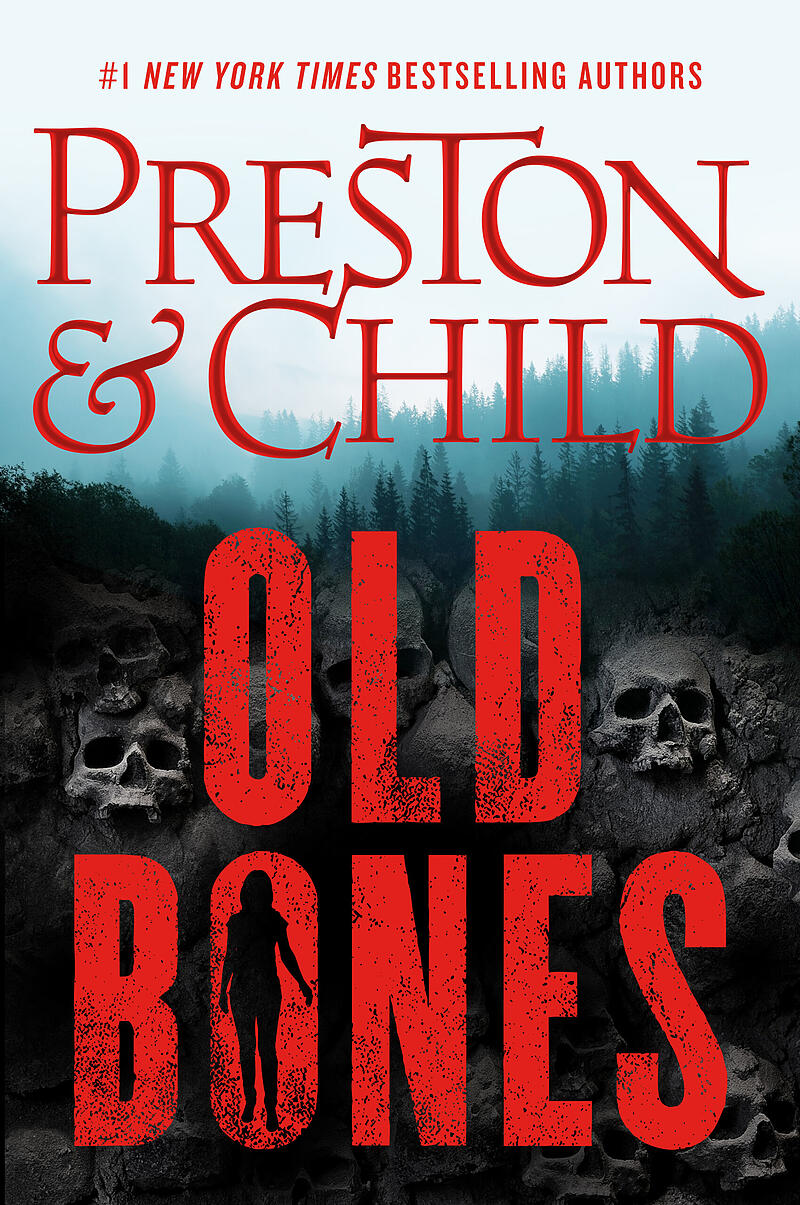 Old Bones by Douglas Preston and Lincoln Child introduces Nora Kelly, a curator employed at the Santa Fe Institute of Archeology, who is about to find herself embroiled in a whole lot of peril and intrigue. She’s seemingly offered the opportunity of a lifetime when historian Clive Benton invites her to lead an expedition in search of the Donner Party’s lost camp. Nora knows that any excavation concerning the infamous Donner Party will lead to traces of murder, madness, and cannibalism, but she has no idea that uncovering the long-buried horrors will trigger violence and devastation in the present day. Preston and Child craft a chilling thriller around real-world history and commonly held speculation, and it leads to an action-packed story that’s brimming with danger and double-crosses. The characters are relatable and the plot exciting, and in true Preston and Child style, there’s a big twist at the end. 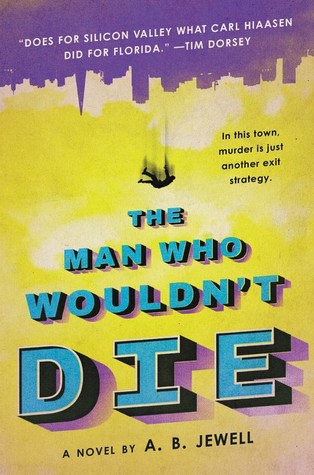 You’ve heard of messages from beyond the grave, but what about tweets from the afterlife? As unlikely as it may sound, Captain Don Donogue, who recently died in mysterious circumstances, appears to still be tweeting despite his notable absence from the mortal coil. Could the Silicon Valley tech bros have finally uncovered the secret to life after death, a secret that allows social media accounts to live on while bodies decay? In A.B. Jewell’s The Man Who Wouldn’t Die, old-school private detective William “Fitch” Fitzgerald is hired by Captain Don’s daughter to investigate her father’s possible murder as well as his apparent ability to communicate from the spirit realm. In delightful Raymond Chandler meets Carl Hiaasen style, Jewell unspools a hilarious hard-boiled yarn that mixes noir tropes with tech startup cliches to produce a rip-roaring, mind-bending detective story that takes readers to a whole host of peculiar places.