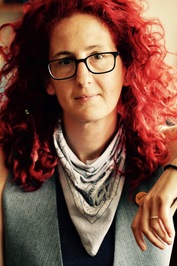 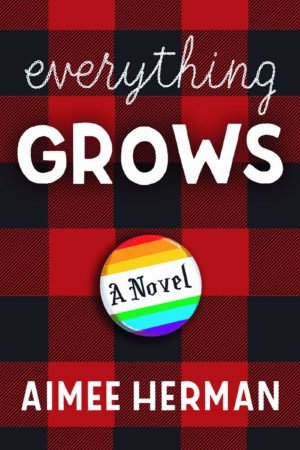 Aimee Herman is a Brooklyn-based queer writer and educator with two full length books of poems, meant to wake up feeling (great weather for MEDIA) and to go without blinking (BlazeVOX books) in addition to being widely published in journals and anthologies including BOMB, cream city review, and Troubling the Line: Trans and Genderqueer Poetry and Poetics (Nightboat Books). Aimee is a founding member alongside David Lawton in the poetry band, Hydrogen Junkbox and is excited to celebrate their first novel, “Everything Grows”!!

Hydrogen Junkbox is a collective of poets and music makers founded by David Lawton and Aimee Herman. It is a celebration of ukeleles, and instruments that may have once housed cookies but now make an excellent percussive sound. Hydrogen Junkbox has been featured at Stonewall Inn, LaMama, Dixon Place and Sidewalk Cafe.