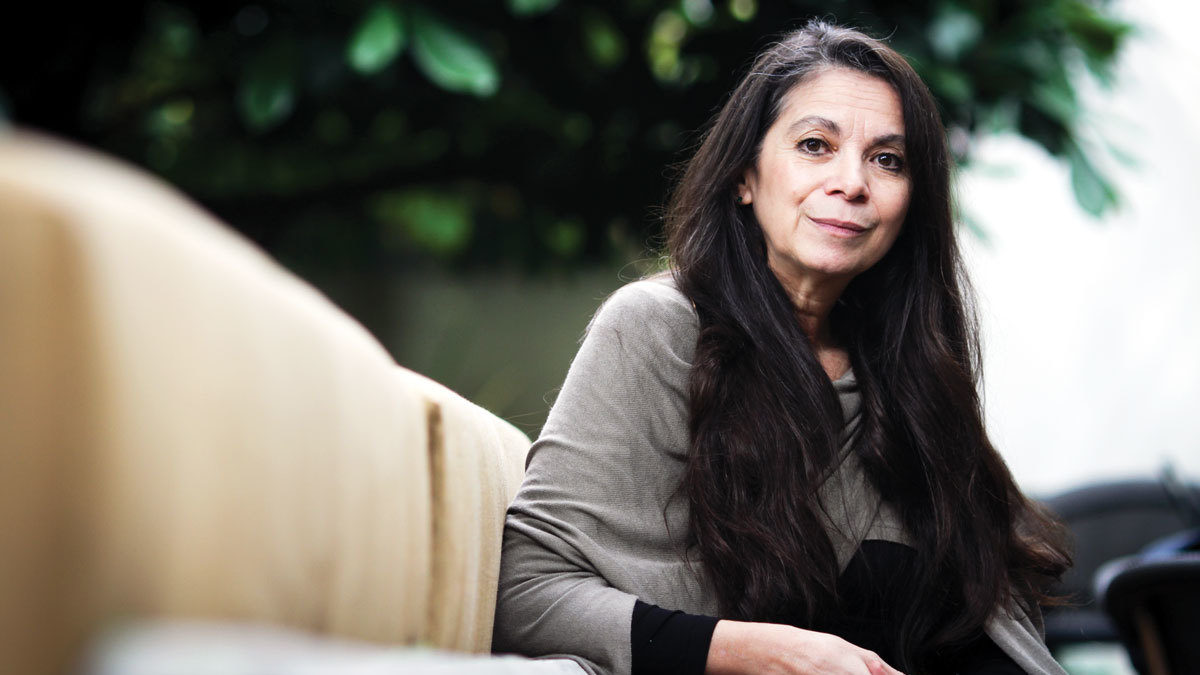 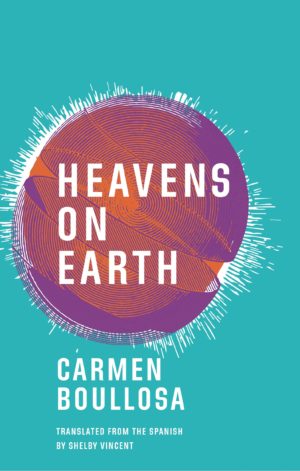 Translated from the Spanish by Shelby Vincent

Three narrators from different historical eras are each engaged in preserving history in Carmen Boullosa’s Heavens on Earth. As her narrators sense and interact with each other over time and space, Boullosa challenges the primacy of recorded history and asserts literature and language’s power to transcend the barriers of time and space in vivid, urgent prose.

Carmen Boullosa (born in Mexico City in 1954) is one of Mexico’s leading novelists, poets, and playwrights. She has published fifteen novels, the most recent of which are El complot de los románticos, Las paredes hablan, and La virgen y el violin, all with Editorial Siruela in Madrid. Her second novel, Antes, won the renowned Xavier Villaurrutia Prize for Best Mexican Novel. Her works in English translation include They’re Cows, We’re Pigs; Leaving Tabasco; and Cleopatra Dismounts, all published by Grove Press, and Jump of the Manta Ray, with illustrations by Philip Hughes, published by The Old Press. Her novels have also been translated into Italian, Dutch, German, French, Portuguese, Chinese, and Russian.

Phillip Lopate was born in Brooklyn, New York in 1943, and received a BA from Columbia in 1964, and a doctorate from the Union Graduate School in 1979. He has written four personal essay collections — Bachelorhood (Little, Brown, 1981), Against Joie de Vivre (Poseidon-Simon & Schuster, 1989), Portrait of My Body (Doubleday-Anchor, 1996) and Portrait Inside My Head (Free Pres/Simon & Schuster, 2013); two novels, Confessions of Summer (Doubleday, 1979) and The Rug Merchant (Viking, 1987) and a pair of novellas (Two Marriages, Other Press, 2008); three poetry collections, The Eyes Don’t Always Want to Stay Open (Sun Press, 1972), The Daily Round (Sun Press, 1976) and At the End of the Day (Marsh Hawk Press, 2010); a memoir of his teaching experiences, Being With Children (Doubleday, 1975); a collection of his movie criticism, Totally Tenderly Tragically (Doubleday-Anchor, 1998); an urbanist meditation, Waterfront: A Journey Around Manhattan (Crown, 2004); a critical study, Notes On Sontag (Princeton University Press, 2009), a biographical monograph, Rudy Burckhardt: Photographer and Filmmaker (Harry N. Abrams, 2004), and To Show and to Tell: The Craft of Literary Nonfiction (Free Pesss, 2013). In addition, there is a Phillip Lopate reader, Getting Personal: Selected Writings (Basic Books, 2003). His latest book is the memoir, A Mother’s Tale, from OSU Press, 2017.