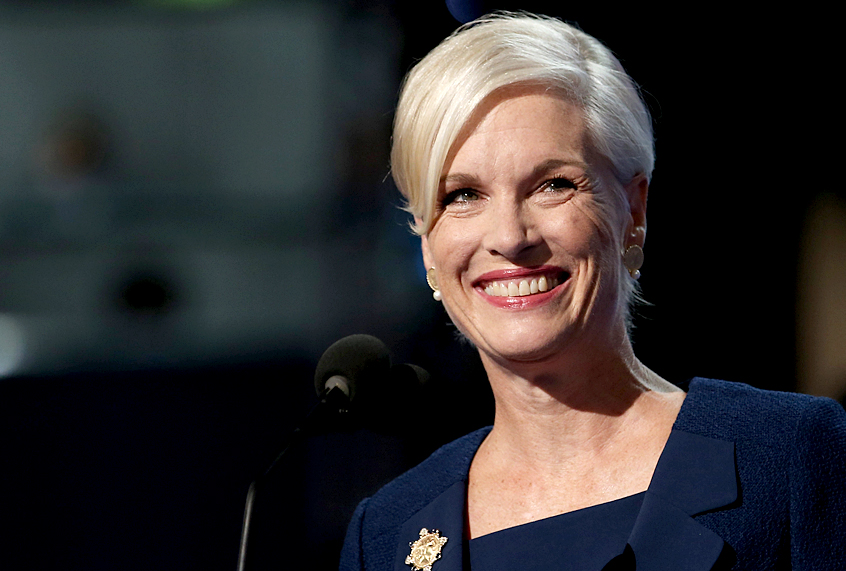 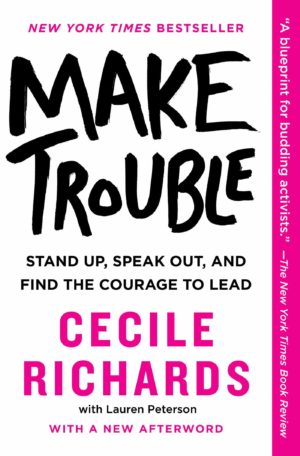 From Cecile Richards—president of Planned Parenthood Federation of America and the Planned Parenthood Action Fund for more than a decade, daughter of the late Governor Ann Richards, featured speaker at the Women’s March on Washington, and a “heroine of the resistance” (Vogue)—comes a story about learning to lead and make change, based on a lifetime of fighting for women’s rights and social justice.

Cecile Richards has been an activist since she was taken to the principal’s office in seventh grade for wearing an armband in protest of the Vietnam War. She had an extraordinary childhood in ultra-conservative Texas, where her civil rights attorney father and activist mother taught their kids to be troublemakers. In the Richards household, the “dinner table was never for eating—it was for sorting precinct lists.”

From the time Richards was a girl, she had a front-row seat to observe the rise of women in American politics. She watched her mother, Ann, transform from a housewife to an electrifying force in the Democratic party who made a name for herself as the straight-talking, truth-telling governor of Texas. But Richards also witnessed the pitfalls of public life that are unique to women. Her experiences paint a powerful portrait of the misogyny, sexism, fake news, and even the threat of violence confronting those who challenge authority.

As a young woman, Richards worked as a labor organizer alongside women earning minimum wage and learned that those in power don’t give it up without a fight. Now, after years of advocacy, resistance, and progressive leadership, she shares her story for the first time—from the joy and heartbreak of activism to the challenges of raising kids, having a life, and making change, all at the same time.

She shines a light on the people and lessons that have gotten her through good times and bad, and encourages readers to take risks, make mistakes, and make trouble along the way. Richards has dedicated her life to taking on injustice, and her memoir will inspire readers to hope and action.

Join us as Cecile sits down with Aminatou Sow, co-host of the podcast Call Your Girlfriend.

Aminatou Sow co-hosts Call Your Girlfriend, a podcast that tackles the intricacies of feminism, pop culture and the latest in politics every single week. She is also a member of the Sundance Institute Director’s Advisory Group and previously led Social Impact Marketing at Google. She was named one of Forbes 30 Under 30 in Tech. She is working on a memoir about friendship with her friend, the journalist, Ann Friedman. Aminatou lives in Brooklyn.