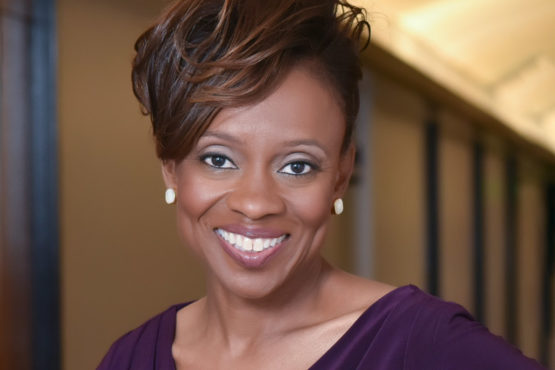 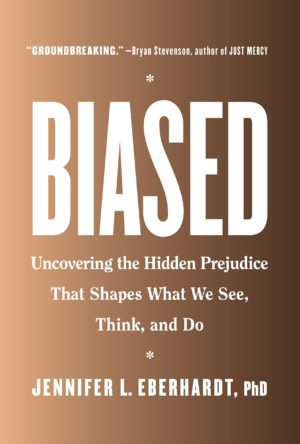 You don’t have to be racist to be biased. Unconscious bias can be at work without our realizing it, and even when we genuinely wish to treat all people equally, ingrained stereotypes can infect our visual perception, attention, memory, and behavior. This has an impact on education, employment, housing, and criminal justice. In Biased, with a perspective that is at once scientific, investigative, and informed by personal experience, Jennifer Eberhardt offers us insights into the dilemma and a path forward.

Eberhardt works extensively as a consultant to law enforcement and as a psychologist at the forefront of this new field. Her research takes place in courtrooms and boardrooms, in prisons, on the street, and in classrooms and coffee shops. She shows us the subtle—and sometimes dramatic—daily repercussions of implicit bias in how teachers grade students, or managers deal with customers. It has an enormous impact on the conduct of criminal justice, from the rapid decisions police officers have to make to sentencing practices in court. Eberhardt’s work and her book are both influenced by her own life, and the personal stories she shares emphasize the need for change. She has helped companies that include Airbnb and Nextdoor address bias in their business practices and has led anti-bias initiatives for police departments across the country. Here, she offers practical suggestions for reform and new practices that are useful for organizations as well as individuals.

Unblinking about the tragic consequences of prejudice, Eberhardt addresses how racial bias is not the fault of nor restricted to a few “bad apples” but is present at all levels of society in media, education, and business. The good news is that we are not hopelessly doomed by our innate prejudices. In Biased, Eberhardt reminds us that racial bias is a human problem—one all people can play a role in solving.

Join us as Jennifer discusses her groundbreaking look at the conscious and unconscious elements that shape prejudice with Wes Moore, CEO of the Robin Hood Foundation.

Dr. Jennifer Eberhardt is a professor of psychology at Stanford and a recipient of a 2014 MacArthur “genius” grant. She has been elected to the National Academy of Sciences, the American Academy of Arts and Sciences, and was named one of Foreign Policy’s 100 Leading Global Thinkers. She is co-founder and co-director of SPARQ (Social Psychological Answers to Real-World Questions), a Stanford Center that brings together researchers and practitioners to address significant social problems. (Photo: Nana Kofi Nti)

Wes Moore is the CEO of Robin Hood, one of the largest anti-poverty forces in the nation. He is a bestselling author, a combat veteran, and a social entrepreneur. Wes’ first book, “The Other Wes Moore,” a perennial New York Times bestseller, captured the nation’s attention on the fine line between success and failure in our communities and in ourselves. That story has been optioned by executive producer Oprah Winfrey and HBO to be made into a movie. He is also the author of the bestselling books “The Work,” “Discovering Wes Moore,” and “This Way Home.” Wes grew up in Baltimore and the Bronx, where he was raised by a single mom. Despite childhood challenges, he graduated Phi Theta Kappa from Valley Forge Military College in 1998 and Phi Beta Kappa from Johns Hopkins University in 2001. He earned an MLitt in International Relations from Oxford University as a Rhodes Scholar in 2004. Wes then served as a captain and paratrooper with the U.S. Army’s 82nd Airborne, including a combat deployment to Afghanistan. He later served as a White House Fellow to Secretary of State Condoleezza Rice. Before becoming CEO at Robin Hood, Wes was the founder and CEO at BridgeEdU, an innovative tech platform addressing the college completion and job placement crisis. BridgeEdU reinvents freshman year for underserved students. Wes remains chairman of the board of directors at BridgeEDU. He has also worked in finance as an investment banker with Deutsche Bank in London and with Citigroup in New York. Wes’ proudest accomplishments are his two children with his wife Dawn.