Joram Piatigorsky, Author of The Speed of Dark Book 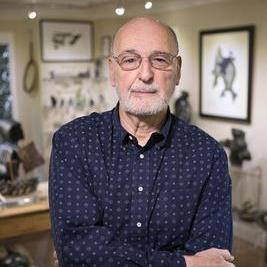 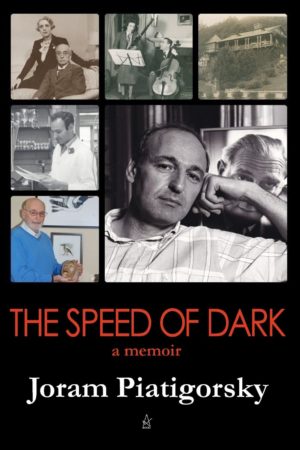 The Speed of Dark (Adelaide Books) reveals how the author – his mother the baroness Jacqueline de Rothschild, and his father the world-renowned cellist Gregor Piatigorsky – broke the chain of his lineage of art, music and banking to establish an important career in science. As he strayed from the well-trodden scientific path to examine the eyes of jellyfish and other little-studied species, Joram learned that science, like music, has many poetic aspects. In this contemplative memoir, we learn that science and art are two sides to one coin. Keeping our mind open to such paradoxes and possibilities, we are invited to ponder seemingly absurd questions that may someday have answers, such as: “what about the speed of dark?”

Join us in the Rare Book Room as Joram reads from his memoir, and his nephew, cellist Evan Drachman, head of The Piatigorsky Foundation in Manhattan, will perform.

Joram Piatigorsky, the first American citizen in his family, was born in Elizabethtown, New York, five months after his French mother and Russian father escaped Europe the day France declared war on Nazi Germany in 1939. During his 50-year career in science, he established the Laboratory of Molecular and Developmental Biology at the National Eye Institute, published some 300 scientific articles, authored Gene Sharing and Evolution summarizing his research, lectured worldwide, received numerous research awards, including the prestigious Helen Keller Prize for vision research, served on a number of scientific editorial, advisory and funding panels, and trained a generation of scientists. An emeritus scientist at the National Eye Institute since 2009, he writes a blog on his website (joramp.com), has published a series of personal essays and a novel, Jellyfish Have Eyes. He is on the Board of Directors of The Writer’s Center in Bethesda and an avid collector of Inuit art. He can be contacted at joram@joramp.com.