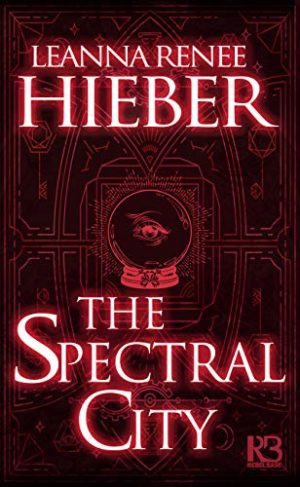 In turn-of-the-century New York City, the police have an off-the-books spiritual go-to when it comes to solving puzzling corporeal crimes…Her name is Eve Whitby, the 19-year-old gifted medium and leader of The Ghost Precinct. Working with the diligent but skeptical Lieutenant Horowitz, as well as a group of fellow psychics and wayward ghosts, Eve solves New York’s most disturbing crimes as only a medium of her ability can. But even Eve is unsettled by her department’s latest mystery. When an evil force causes her ghostly conduits to disappear and threatens the balance between the living and the dead, Eve must brave the darkness to find the vanished souls. She has no choice. It’s her job to make sure no one is ever left for dead.

Actress, playwright and author Leanna Renee Hieber is the award-winning, bestselling author of Gothic Victorian Fantasy novels for adults and teens. Her short fiction has appeared in numerous anthologies such as Queen Victoria’s Book of Spells, Willful Impropriety, and The Mammoth Book of Gaslit Romance. Leanna is a four-time Prism Award winner for excellence in the genre of Fantasy Romance, and her books have been selected for national book club editions and translated into languages such as Complex Chinese, German, and Polish. A proud member of performer unions Actors Equity and SAG-AFTRA, she lives in New York City where she is a licensed ghost tour guide and has been featured in film and television on shows like Boardwalk Empire.