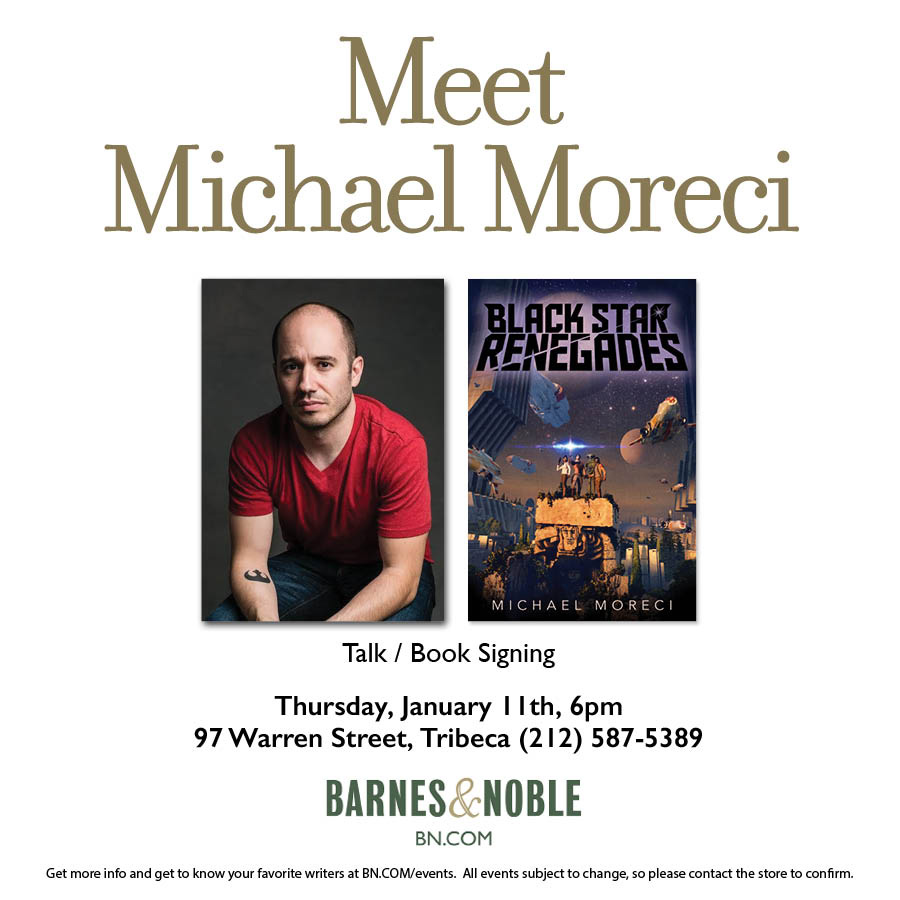 Michael Moreci will be celebrating the New York launch for his debut novel, BLACK STAR RENEGADES, in Manhattan on January 11.

The event is free and open to the public.

Michael is already well-known as a regular contributor to DC Comics ​for Superman, Wonder Woman, The Flash and Suicide Squad, as well as for his original work, including his ​
Roche Limit series, which has received accolades from Nerdist, io9, Paste Magazine, and others and is in TV pilot development with SyFy,

He has been profiled by USA Today, Nerdist, Comics Alliance/AOL, Comic Book Resources and the Hollywood Reporter and is a regular contributor to LucasFiilms’ StarWars.com and the science fiction website Tor.com. Born and raised in Chicago, he earned his MFA in Creative Writing from Northwestern University.

​In the tradition of Star Wars, BLACK STAR RENEGADES is a a galaxy-hopping space adventure about a galactic kingdom bent on control and the young misfit who must find the power within to save the universe from its cruel reign before it’s too late —and before those he’s battling discover he’s a total fraud. The story blasts its way from seedy space bars to sacred temples guarded by deadly creatures―all with a cast of misfit characters who have nowhere to go and nothing to lose.