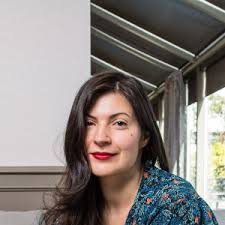 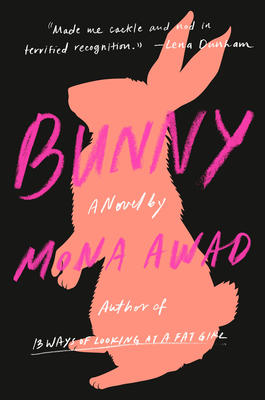 Samantha Heather Mackey couldn’t be more of an outsider in her small, highly selective MFA program at New England’s Warren University. A scholarship student who prefers the company of her dark imagination to that of most people, she is utterly repelled by the rest of her fiction writing cohort—a clique of unbearably twee rich girls who call each other “Bunny,” and are often found entangled in a group hug so tight they become one.

But everything changes when Samantha receives an invitation to the Bunnies’ fabled “Smut Salon,” and finds herself inexplicably drawn to their front door—ditching her only friend, Ava, a caustic art school dropout, in the process. As Samantha plunges deeper and deeper into the sinister yet saccharine world of the Bunny cult and starts to take part in their ritualistic off-campus “Workshop” where they magically conjure their monstrous creations, the edges of reality begin to blur, and her friendships with Ava and the Bunnies are brought into deadly collision.

Mona Awad is the author of 13 Ways of Looking at a Fat Girl, a finalist for the Scotiabank Giller Prize that won the Colorado Book Award, the Amazon Canada First Novel Award, and an Honorable Mention from the Arab American Book Awards. The recipient of an MFA in Fiction from Brown University and a Ph.D. in English and Creative Writing from the University of Denver, she has published work in Time, VICE, Electric Literature, McSweeney’s, Los Angeles Review of Books, and elsewhere.

Emily Culliton’s debut novel, THE MISFORTUNE OF MARION PALM, was published by Knopf in August 2017. She earned her doctorate in creative writing at the University of Denver. Her work has appeared in the Chicago Quarterly Review, the Seattle Review, and Two Serious Ladies. She lives in Brooklyn, and is currently at work on her second book.