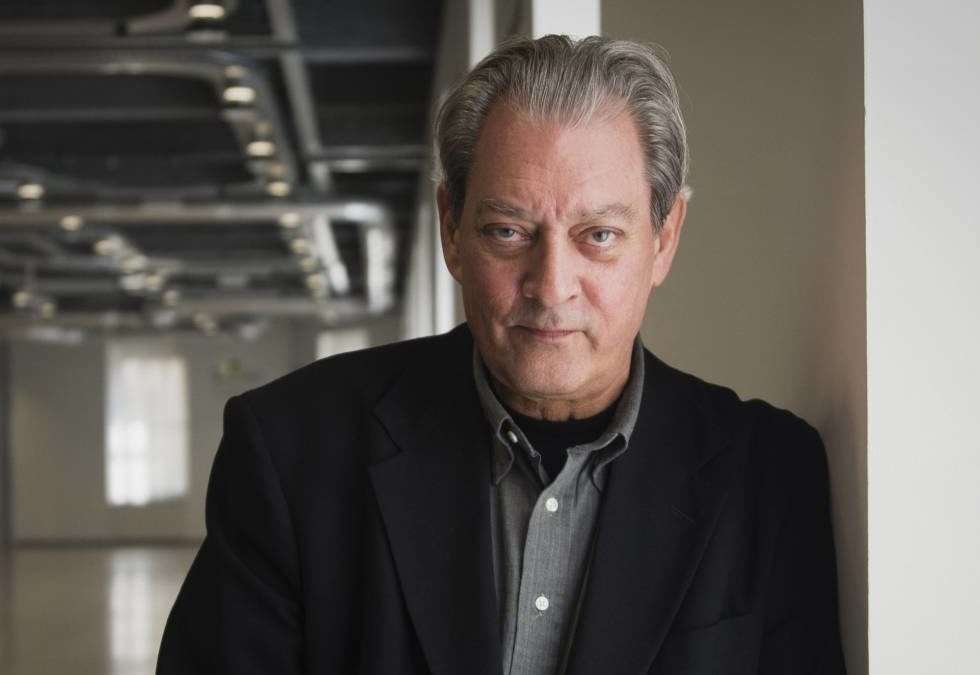 Some words about the limited edition manuscript:

Specialized in the reproduction of major manuscripts, SP Books are happy to present three drafts from Paul Auster’s New York Trilogy. In 2014 the publisher went to the New York Public Library to explore the papers of one of our greatest contemporary writers, Paul Auster. This colossal archive bears witness to the evolution of a novel, the generation of a publication through all its intermediary stages, from beginning to end.

After summarily sketching out the plot, he writes his first versions in notebooks which represent weeks, months, or years of his life. There are usually around ten handwritten and as many as three typewritten drafts of a single text, the latter containing numerous corrections in pen. The document he hands his publisher is the final version of a text that has gone through many incarnations.

A veritable time capsule, the book contains hand- and typewritten manuscripts of The New York Trilogy, carefully selected in cooperation with Paul Auster to shed light on this major work’s architecture. The first, a handwritten sketch of City of Glass, entitled New York Confidential, is followed by a nearly definitive typewritten version of Ghosts, initially called Black Outs, and a quite advanced manuscript of The Locked Room, whose first title was Ghosts. Like Mr. Auster’s enigmatic New York, this is “an inexhaustible space, a labyrinth of endless steps”.