The Final Stronghold of Sexism in Publishing 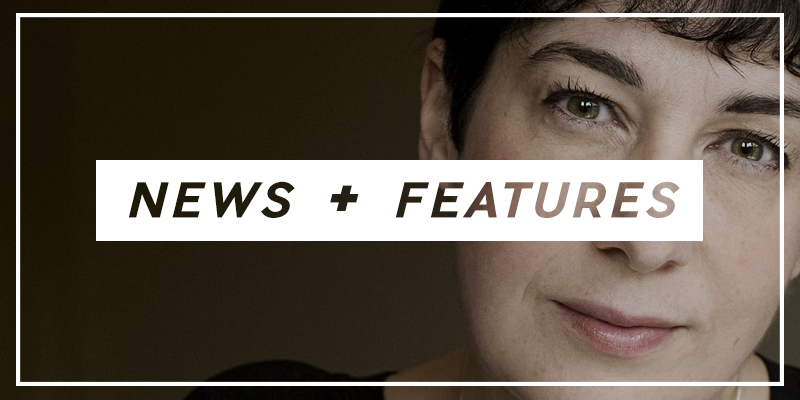 Two hundred years after the bold release of Jane Austen’s Sense and Sensibility “by a Lady,” women are still fighting sexism in the publishing industry. Despite the fact that countless women have achieved literary success rivaling that of the best male authors, women still struggle for equal treatment in the market. While examples of gender-based inequality can be found anywhere if you look hard enough, there are four main areas where it seems to manifest itself in the industry: publishing, marketing, public reception, and the content of the books themselves.

“[Women] are in the majority, but that doesn’t mean that they are running the show,” said Joanne Harris, the internationally bestselling author of Chocolat and The Gospel of Loki, on the subject.

Regardless of the fact that the majority of writers and readers are women and the presence of women within the publishing houses, it is still difficult for women to stand out amongst their male counterparts when taking the first steps toward being published. When aspiring author Catherine Nichols seemed to hit a dead end with her manuscript, she decided to send her query to agents under a man’s name. The results were astounding. Nichols changed nothing else about her submission and received 17 requests out of 50 queries, compared to the two requests she received under her own name.

“He is eight and a half times better than me at writing the same book,” Nichols wrote in an article on Jezeble.com referring to her fictitious male self.

For the women lucky enough to earn themselves a contract, the marketing of a book presents a second daunting hurdle. Many women are encouraged to, or even pressured into, taking a male or gender-neutral pseudonym to bolster the reception of their book, especially when writing in male-dominated genres, such as Mystery, Crime and Thriller, and Science Fiction. Experiences like Nichols’ only add to this pressure placed on female authors. While some women have embraced the oldest trick of the trade, following in the footsteps of Mary Ann Evans (George Eliot) and other early female authors, others oppose the implication that their books would be better had they been written by a man.

Barry Cunningham, the Managing Director of Chicken House, insists that he has never seen a case where a publisher has suggested to a female author to take a male pseudonym. This is interesting when you consider that his most well-known client is J.K. Rowling, whose official website says, “The use of a pen name was suggested by her publisher, Barry Cunningham. He thought that young boys might be wary of a book written by a woman.”

“That’s kind of an ongoing legend,” Cunningham insisted. “But I never suggested that to her… She came to us with the initials in place.”

Harris, who, herself, refused to take a male pseudonym when it was suggested to her, has experienced no shortage of problems between the signing of her book deals and the books going to print.

“I have had an enormous amount of conflict with the nature of my books in marketing,” Harris said. “Particularly books that are masculine in tone that they have wanted to slap pink covers on.”

Unfortunately, many female authors are not as lucky as Harris to have a say in the final cover of their book. It would seem that no one listened to their middle school librarian’s warning “don’t judge a book by its cover,” because the cover is in fact one of the largest influencing factors of how appealing a potential reader will find a book. This was investigated when author Maureen Johnson (13 Little Blue Envelopes and the Shades of London series) called for her readers to reimagine what their favorite books might look like if the author had been of the opposite gender. The results are eye-opening as we see an abundance of flowers, lipstick, and scrolling fonts on the male-turned-female covers and much more sophisticated, neutral colored covers on the books when supposedly written by men. In the accompanying article featured in Huffington Post, Johnson called attention to the fact that men and women can write a book of similar quality that investigates the same ideas and the book by the woman is “more likely to get the soft-sell cover with the warm glow,” suggesting the same book written by a woman must be of lower quality. But for Harris, this problem is more serious than a simple marketing-based prejudice, especially when it comes to the reception these books are receiving from young readers.

While Cunningham claimed not to have witnessed problems with the reception of books by female authors, Harris insists that it is quite common for young boys to be dissuaded from reading a book just because the name on the cover belongs to a woman—no doubt the design of the cover contributes to these snap decisions. This has also long since been rumored to be the reason J. K. Rowling originally took her pseudonym, whoever may have suggested it.

Children are surrounded by the idea of “girl” and “boy” things from an early age: clothes, colors, and, yes, books. Harris sees this as the result of years of marketing gendered products in hopes of doubling the profit. If a family has one boy and one girl and publishers can convince them that the two kids need to be reading different types of books, suddenly they are able to sell two books instead of one.

Despite incremental steps in progress, men and masculine ideals still dominate the book world. According to Harris, the issue arises from the imbalanced proportion of men who are dictating the importance of individual books. Book reviewers for literary publications, such as The New York Review of Books and The Atlantic, publishing executives, and the members of prize committees who “give distinction to books,” as Harris said, are overwhelmingly men.

The final stronghold of sexism in the publishing industry has proven to be within the books themselves. Women are all too often represented as flat characters, while men are complex and grow throughout the course of the novel.

Many of these stereotypes seem to be engrained in the craft of writing. Whether or not the author is being intentionally sexist, they oftentimes will give their characters highly stereotypically gendered roles. Part of this may be due to the fact that when learning to write, an author is looking at what has been written already. If exposed to writing that features stereotypical characters, that is how they will learn to write their own characters.

“I still meet a lot of male writers who complain about how difficult it is to write female characters, because they don’t know how to write them female,” said Harris. “When you tell them all you have to do is write them human, sometimes you can almost see the little light ping on as they think ‘Ooh. Is that all I have to do?’”

Perhaps it is time to consider what messages are being sent to readers, intentionally or otherwise. Where are those ideas coming from and is that really the way 21st century society should be portrayed?

“Books do reflect life and they reflect the attitudes in life,” Harris said. “Also they disseminate attitudes into life.”

With sexism appearing in so many facets of the modern literary industry, it is hard to know where to start to make a change. While both Harris and Cunningham agree that the market is indeed changing for the better, it will still take time to realize equality in publishing. The rise of social media over the last decade has been one of the factors to help to encourage diversity in the publishing industry. On Twitter, #readwomen encourages readers to pledge to read more female authors. British novelist Kamila Shamsie has even called for 2018 to be a year where only female authors are published. Whether or not the literary world takes hold of that idea, it is clear the desire for change is out there. Authors are speaking out more and more. It is time for their loyal readers to join them.