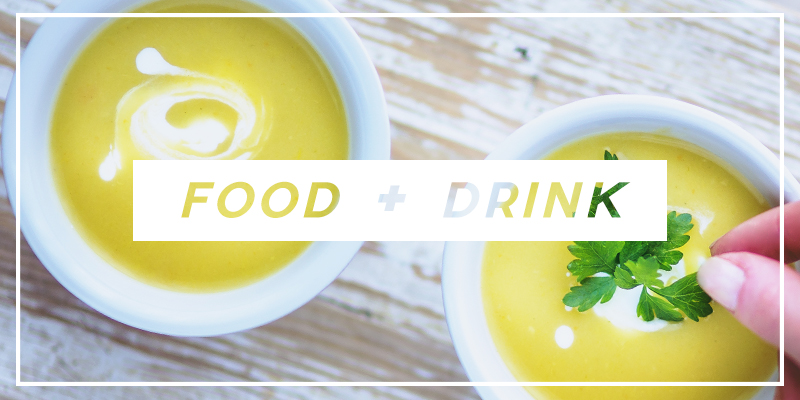 It doesn’t always make mainstream news headlines, but there is a lot of evidence—real, solid scientific evidence—out there showing that healthy food does, indeed, have powerful healing properties. Properly fueling your metabolism enables your body to properly take care of itself, and there are numerous personal stories out there that prove just how amazing real food can be.

One such story comes from Elina Fuhrman, author of Soupelina’s Soup Cleanse and founder of the line of soups of the same name. After being diagnosed with breast cancer, Fuhrman found herself working with an herbalist and acupuncturist alongside her traditional team of medical doctors, and she came to embrace the idea that, in many ways, health is a choice we make and that it is strongly influenced by the lifestyles we lead and the foods we choose to fuel our bodies with. Ultimately, Fuhrman choose a plant-based life for herself, and she spent much time cleansing and healing her body with warm, nutritious, fulfilling soups (alongside traditional medicine to rid her body of the cancer).

Her book is packed with delicious-sounding recipes that will spice up anyone’s weekly meal plans. But wait, what’s this about soup for breakfast? Well, Soupelina’s Soup Cleanse offers readers a guide to performing a soup cleanse (think of a juice cleanse, but easier on the body and probably a lot tastier, too). Not all of us are interested in a full cleanse, but most of us could benefit from the ideal results of one: flushing out toxins, boosting the immune system, improving digestion, and more. But really, many of those benefits can be gained in varying degrees simply from cleaning up one’s diet in general, and what better place to start than with the most important meal of the day?

On that note, here are five great reasons to try soup for breakfast.

1. Because soup will help you break out of your breakfast rut.

Raise your hand if you’re one of those people who always eats the same thing for breakfast. Instant oatmeal, loaded with sugar? Toast and coffee, with a banana thrown in for health? Cereal from a box, with little to no actual nutritional value? Bacon and eggs, with long-debated healthiness scores? Now is the time to break out of that rut. One of the glorious things about soup is that you can whip up a pot one night, eat the leftovers for breakfast for the next few days, and then by the time you’re just about sick of lentils or butternut squash or whatever else it’s time to make something different. Bonus: solves the problem of what to do with leftovers, for those households where people are strangely resistant to eating “old” food.

2. Because soup is ridiculously simple

In all seriousness, most soups are truly so simple to make that it’s absurd. Chop up veggies, throw in a pot with water, add seasonings, cook. Blend to velvety smoothness in some cases, enjoy the chunky goodness in others. And so long as you’re not making it first thing in the morning, breakfast soup can really simplify your morning routine. Store it in microwave-safe plastic containers or mason jars and you can just nuke it for a few minutes while you’re getting dressed. Or dump it in a pan, set the temperature to medium-low, and go about your business for a few minutes as it slowly warms up. Or perhaps you’re the type who’d rather just eat it cold. No matter which way, breakfast soup is probably simpler than—or at least as simple as—that box of O’s or crispy rice, and it’s a lot more satisfying, too.

3. Because soup will encourage you to try new things

There is so much more to soup than tomato, split pea, chicken noodle, or cream of mushroom. Go pick up a good book on soups (Try Soupelina’s Soup Cleanse by Elina Fuhrman, mentioned above, or other great options like Power Souping by Rachel Beller, Love Soup by Anna Thomas, or even an old favorite, Twelve Months of Monastery Soups by Victor D’Avila Latourrette). Chances are good that you’ll be exposed to all kinds of veggies you either have little experience with or have never even heard of before. Kohlrabi? (It kinda looks like an alien.) Sunchokes? (Better known in some circles as Jerusalem artichokes.) Fennel? (It’s more than just that herb that makes things taste licorice-y!) Before you know it, you’ll be hitting the local farmers’ market on Saturdays and cooking up all kinds of no-longer-exotic produce.

4. Because soup is healthier

Soup is probably healthier than most of our “standard” breakfast foods. In our modern world, where we eat too much processed food and take-out from restaurants, most people are deficient in various nutrients. And those nutrients are usually the ones found in plants. Be it fiber, vitamins like C and B6, folate, or trace minerals like iodine or magnesium, lots of people are not getting the right nutrients through the food they eat. Are you one of those people who isn’t getting the recommended 5-9 daily servings of vegetables and fruits? Do you avoid dark leafy greens like the plague? Are you lacking in your whole grain consumption? Do you chronically fail to drink enough water every day? Soup can help you meet all of these needs and more. And when you fuel your body properly, you’ll start feeling better every day.

5. Because soup is delicious

Do you really need a better reason than this? Yes, soup is just plain delicious. Sure it might take awhile to break yourself out of your habits, especially if you are used to starting off your mornings with a dose of something sugary. But like every other dietary adjustment, once you become used to a savory breakfast you’ll find yourself looking forward to it when you wake up.

Give soup for breakfast a try. Your body will thank you!

Cure for the Common Kohlrabi

Pinch of cayenne pepper, for serving 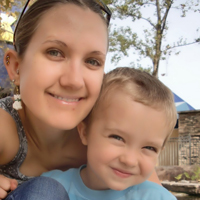 Holly Scudero has an Associate of Arts degree in Liberal Arts from Diablo Valley College and is in the process of completing a certificate program in Copyediting from University of California, San Diego. She has been working as a freelance copyeditor for several years and is a writer as well. Holly’s book reviews can be found at San Francisco Book Review, Manhattan Book Review, and San Diego Book Review. She has previously had her articles published in San Francisco Book Review and in Natural Mother Magazine. To find out more about Holly, visit her blog: Leaves of Lavender.