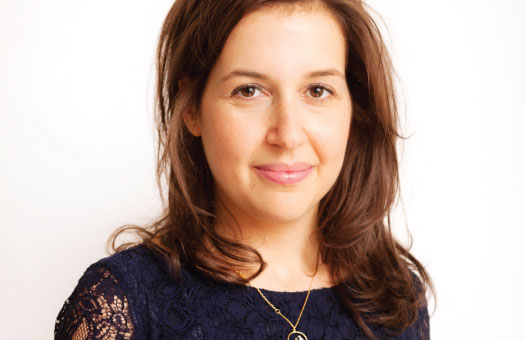 For Hadley Freeman, movies of the 1980s have simply got it all. In her new book, Life Moves Pretty Fast, Hadley puts her obsessive movie geekery to good use, detailing the decade’s key players, genres, and tropes. She looks back on a cinematic world in which bankers are invariably evil, where children are always wiser than adults, where science is embraced with an intense enthusiasm, and the future viewed with giddy excitement. And, she considers how the changes between movies then and movies today say so much about society’s changing expectations of women, young people, and art—and explains why Pretty in Pink should be put on school syllabuses immediately.

Q. How did you approach researching a subject that has the potential to be so subjective?

A. Back when I was at school my history teacher told me that you should always go to the primary source. Obviously I had plenty of theories about these 80s films going into the book as I’ve been obsessed with them for 30 years. But I really didn’t want it just to be me jawing on, disappearing up my own backside with my arguments about how Ghostbusters is a love letter to adult male friendship, or that Pretty in Pink is a feminist classic. So instead I interviewed the people involved in the making of these movies, such as Molly Ringwald, John Landis, Ivan Reitman and Nancy Meyers, and it turned out, rather reassuringly, that they were as interested in those subjects as me. The first person I interviewed was Eleanor Bernstein, who wrote Dirty Dancing, and I said to her that I always thought the reason she wrote the movie was to celebrate the legality of abortion. She laughed and said, “I’ve been waiting 30 years for someone spot that.” So that gave me the confidence that I wasn’t just going down a spiral of my own manic obsession.

Q. How do you define “eighties movies”?

A. I had to be strict about this and say it was movies that were released between 1980 – 1989. It’s a cliche that a decade doesn’t begin properly until four years in, but I decided to take the straightforward chronological approach.

Q. Why is this something you wanted to write about and why will people want to read about it?

A. First and most obviously, it seemed like a really fun subject. What better way to spend a day than interviewing Matthew Broderick about Ferris Bueller’s Day Off? But on a more serious level, it was increasingly obvious to me that movies made today by studios are astonishingly conservative, and much more so than movies made in the 80s, especially about things like working women and abortion, and it surprised me that people weren’t talking about this. I hope people will want to read it because they love the movies and also because they want to know how and why Hollywood today became so socially conservative.

Q. What makes eighties movies more culturally relevant or important than other eras and forms of entertainment?

A. I don’t think I’d say 80s movies are more culturally relevant than movies from other eras, but I do think they are more culturally relevant than any movies made since. Movies made in, say, the 40s were hugely culturally relevant. But the 80s was the last decade when movies were made with largely American audiences in mind, and that means they depicted very specific sociopolitical issues, such as the 1980s farm crisis, the bloating of Wall Street and the alienation of the suburbs. It also meant they felt free to depict things like abortion in a positive light and have strong female characters. Now that Hollywood makes movies largely for the foreign market it makes what it imagines what Russia and China want without any sense of specificity. It also takes fewer risks because movies cost so much to market around the world. Thus, whereas teenagers in the 80s had movies like the John Hughes films which meant so much to so many people, now they get identikit superhero movies, which mean nothing to anyone. Even Steven Spielberg and George Lucas struggle to get movies made now, and they were the masters of making emotionally affecting blockbusters.

Q. What is the “thirty-year rule”?

A. The 30 year rule is a theory I made up. It refers to the time it takes for pop culture, dismissed as trash in its own time, to be revered as important art 30 years later. It generally takes 30 years because that’s how long it takes for the kids to grow up and get jobs where they have the platform to proclaim that Tiffany was actually – ACTUALLY – a genius pop star. I am the living embodiment of my own theory.

Q. How did you decide which movies you would write about?

A. Quite simply, it was the movies I love most. I honestly could have written a book five times as long, and there are loads of movies I regretfully had to leave out: The Sure Thing, Field of Dreams, The Witches of Eastwick… But my editor was very strict that this book was not allowed to be 1000 pages long, the tyrant.

Q. These movies continue to be popular with younger generations, so why isn’t Hollywood producing anything similar now?

A. Because movies have become so expensive to market, is the short answer. 80s teen movies were made with mid-market budgets, but Hollywood doesn’t really make those sized movies anymore. It makes either small indies or giant blockbusters. So there are some small teen movies, such as The Fault in Our Stars and The Spectacular Now, but in the main there’s Twilight and The Hunger Games.

Q. Is there a way to recreate the ascetics and emotional effect of eighties movies?

A. Absolutely, but the studio has to accept that it’s working on a smaller canvas. The reason 80s teen movies still appeal so much is because they’re all about emotions and relatively unimportant themes, like going to a prom or getting detention. They’re not about saving the world or fighting evil. So you’re not going to get blockbuster audiences, but you will get devoted ones.

A. It would have to be a tie between Ghostbusters and Ferris Bueller’s Day Off. Ghostbusters because it captures in a very funny way what it was like growing up in New York City in the 80s, as I did, when the city felt like an out of control crime-ridden mess. Ferris Bueller’s Day Off because I obsessively watched that movie every day for a year as a whole child and, in my heart, it is still my fantasy teenage life.

Q. What would you say to people who are critical of this era of movies?

A. This is a very cheeky answer but I’d say read my book – not for my amazing words of wisdom (well, not just them) but to hear from the filmmakers behind the movies. They really show that they were doing so much more than just making movies about proms, and how they’re not allowed to make movies like that now.