Interview with Dr. Allen Lycka, Author of The Secrets to Living a Fantastic Life 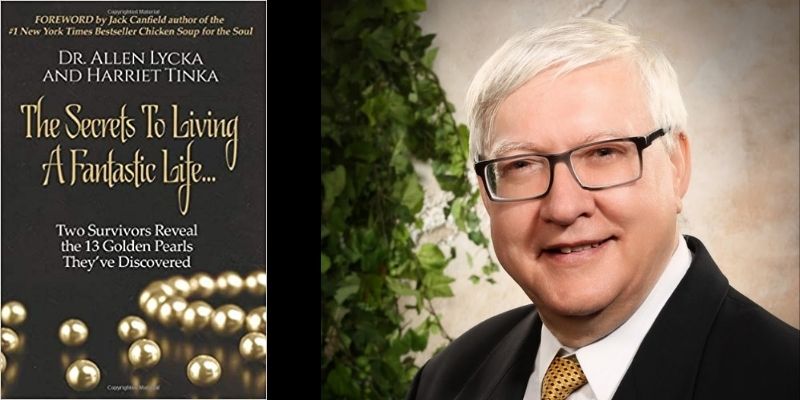 What inspired your collaboration with Harriet Tinka?

In the introduction Harriet and I wrote for The Secrets To Living A Fantastic Life, we shared the story of how we came together to write this #1 best-selling book.

In 2003, while I was walking in Disneyland with my wife and youngest daughter, I suddenly and mysteriously developed a right foot drop. After going through a gamut of tests, I saw a world-leading neurologist who told me, “Get your affairs in order, you have 6 months to live.” I fought that diagnosis, and through persistence and tenacity, was able to find the correct diagnosis and maintain my status as a top cosmetic doctor for more than 30 years, until I moved away last year to serve in another capacity.

Harriet was a NYC runway model who left that field to pursue an education as an accountant at the University of Calgary. While there, she was accosted by a fellow student and was kidnapped, stabbed, and left for dead. Through her rehab, she met Amber, a 9-year-old who was paralyzed in an automobile accident that killed both her parents. Amber convinced Harriet to use her story to help others.

Because of my harrowing experiences, I similarly decided to dedicate my life to help others. I sponsored an event to honor women known as YWCA’s Women of Distinction. Harriet applied for the award under the “tuning Points” category. After she won, she invited me to lunch, and we decided to write a book to help others. That was more than 6 years ago.

What is the meaning of the quote “The food you grow in your own valley is the food you will find at the top of the mountain?”

We use several allegories to help enhance the book’s meaning. In our trailers for the book, we talk about steel being hardened and tempered by fire, not destroyed by it. We talk about diamonds being formed from carbon because of heat and pressure. And we talk about how a grain of sand gets inside an oyster’s shell, which traumatizes it. The oyster walls it off with a beautiful exquisite material called luster which walls it off forming a beautiful pearl. We share in the introduction that “Golden Pearls” actually exist, but they are only formed in the Southern Philippines and Indonesian areas.

Why did you choose the format you did for the book?

The format was carefully chosen with the help of Jack Canfield—the co-author of Chicken Soup for the Soul series, who has sold more than 20,000,000 books. We met with Jack, Patty Aubrey, Steve, Nancy and Bill Harrison in a private, closed-door, small-group session. Jack and Patty suggested the format, with the concentration on stories. Quotes were added from world authorities to deepen the meaning of the story. And the dialogue was the dialogue Harriet and I had as we wrote the book, over coffees and lunches. The reader is invited to “eavesdrop” on our conversations.

Of course, after writing, we had several editing sessions. We had three editors to “get it right.” There’s no such thing as good writing, only good rewriting.

But, each chapter is designed to be its own book. Soon, we will be requesting writers to send their stories on love, inspiration, tenacity, and a whole lot of other topics and those will form a series of books. Stay tuned.

What is the marketing plan for this book?

The Secrets of Living A Fantastic Life is initially being marketed through visibility through podcasts and radio shows. As I write this, we have had almost 100 appearances since May. We will soon be launching our own podcast and will be syndicating our show. In addition, we will be launching Amazon advertising campaigns, YouTube, and social media channels.

What is the demographic of your market?

Our book has broad appeal and is similar to the market for Chicken Soup For the Soul books.

You write that Paula Abdul was born with one leg six inches shorter than the other. Can you tell us more about this as we have not been able to verify it?

I attended a small group, closed-door session hosted by Brendon Burchard and Joe Polish at Joe’s office in Tempe, Arizona, on April 6 and 7, 2010. There, Paula shared many secrets, one being how she was born with one leg shorter than the other. She also shared that when she cried when she was born, she also had a lung problem that caused her lung to collapse. So her sister taught her never to cry. And she shared how she was embarrassed by Simon on American Idol. She also met-near tragedy when a private plane she was on crashed on takeoff.

How do you see people applying the 13 Golden Pearls in their lives (for example, attitude)?

Attitude is like a mirror. You give the person a positive, happy behavior, and a person returns it back to you. To control attitude in a positive manner, here are some suggestions from us—use a mantra:

In the case of Roya Shams, how does attitude shape her destiny? It could be argued that luck shaped her destiny, not attitude.

In Afghanistan, women are not allowed to read and write, nor get an education. Roya chose this path and was helped by her father. The Taliban killed her father because of this. Roya still continued on this path to get an education. Yes, some Canadians helped her, but she showed the effort. And when she got to Canada, her reading and writing were not to standard, so she had to put in endless hours to get there. And because she did, she graduated – with honors. 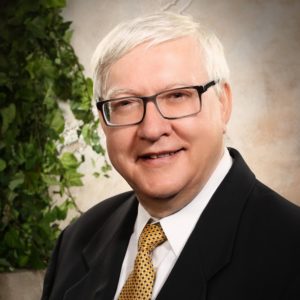 Dr. Allen Lycka has been acknowledged as one of the leading cosmetic dermatologists in the world for three decades. A pioneer in cosmetic surgery, he helped to develop laser assisted tumescent liposuction – an advanced body sculpture technique, and Moh’s Micrographic Surgery, an advanced means of removing skin cancer with 99% success. He has lived and practiced in Edmonton, Alberta, Canada since 1989. He’s written 17 books, 30+ academic papers and hosted the number one internet radio show in the world – Inside Cosmetic Surgery Today. He is a co-founder of Doctors for the Practice of Safe and Ethical Aesthetic Medicine and founder of The Canadian Skin Cancer Association. He has won the prestigious Consumers Choice Award For Cosmetic Surgery for 16 consecutive years.

In 2003, Dr. Lycka’s life changed drastically when he suddenly developed a right foot drop and then misdiagnosed as ALS (Lou Gherigs’ disease). Still, he maintained his status as a leading cosmetic doctor for 30 years.

Because of what he learned, he is co-authoring the book The Secrets To Living A Fantastic Life with Harriet Tinka, a former fashion model and Woman of Distinction. He is also currently co-authoring two more books: one with Corie Poirier entitled, “bLU Talks Presents: Business, Life and the Universe” and one with Jack Canfield entitled, “The Pillars of Success.”

Currently acknowledged as a leading expert in Living A Fantastic Life and Turning Points, he is a transformational speaker, thought leader, coach, and mentor. Dr. Lycka is happily married to Dr. Lucie Bernier-Lycka for 38 years and they have four lovely daughters and seven beautiful grandchildren. He counts his family as his most important accomplishment.