Interview with Esther Mollica, Author of The Queen of Gay Street 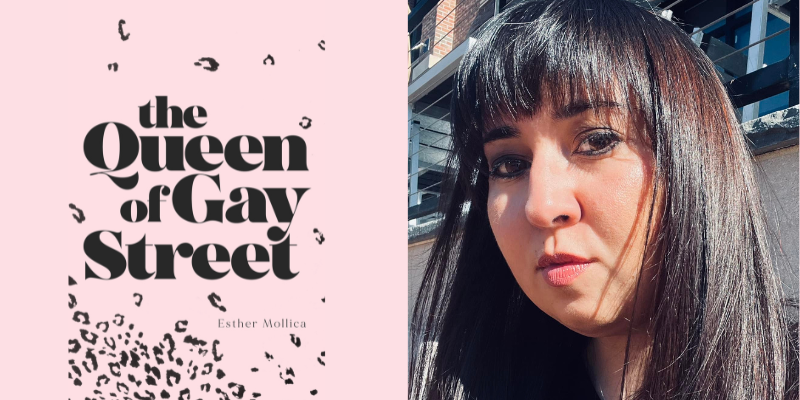 What prompted you to write your book?

When I wrote The Queen of Gay Street, I hadn’t written anything in 6 years. Friends kept telling me about this legendary writing teacher, Susan Shapiro, who jokes that she’s “The bestselling author of many books that her family hates.” Her students have published 175 books in the past decade. I decided to try her class on a whim and felt nervous because her students are industry pros, they write for places like The Times, and I thought I wasn’t good enough to be there. She had this assignment to write an essay about the most humiliating secret you can put your name on. It’s from her book, “The Byline Bible.” I kept thinking about this time I wrote about in the book when I ran into my ex at a bar with a new girl who was a senior editor at a large, nationally circulated magazine. This woman quickly dismissed me for being a low-budget relationship blogger and “wished me the best of luck with my career,” then went home with my ex and slept with her. I couldn’t think of anything more embarrassing than that single moment in my entire life!

So I wrote the assignment for Sue’s class and expected she’d find the story juvenile and silly. Instead, Sue smiled and said, “It’s fascinating!” She’s well-known for being a sharp critic who tells her students when something isn’t working so they can improve. It inspired me to get back up and try again.

During the second rewrite, the ex that I wrote about in the book suddenly died. After her death, I felt compelled to keep writing as my way to grieve her and to revisit a time in my life when I harnessed the raw, animal late-twenties energy that a woman uses to grow from being a girl into being a woman.

When writing your book, what was the process you went through to gather your thoughts and put them on paper?

I started writing more chapters about everything from that time and noticed consistently that Sue liked those pieces, so I decided to turn them into a whole collection. But now the problem was that it was going off in too many directions and including chapters that ultimately weren’t necessary. I pulled out my old books on screenwriting and looked at where the plot beats fall on a 90-minute script. Then I outlined to place the pages in my book to that timing, and I could better identify what to cut. I scrapped nearly everything throughout four more rewrites to match that narrative rhythm. In the end, the only thing that remained after four years of writing was that single essay I wrote for Sue’s class.

What is the main takeaway you would like your readers to have from reading your book?

When I first came out, I was utterly obsessed with 1950’s pulp romance (of course, the greats, Ann Bannon and Marijane Meaker.) I also started reading Michelle Tea because I was attracted to her rebellious and outspoken voice. Whenever someone compares my style to Michelle Tea, I think it makes sense because I gravitated toward her in my early twenties.

Who are some people who have inspired you throughout your life, and how have they inspired you?

Each of my writing mentors taught me something valuable that I adopted as I kept trying to perfect my work. Susan Steinberg taught me not to be afraid to drop the F-bomb and write about bad sex. Daphne Gottlieb taught me the art of experimental poetics. And Susan Shapiro, whom I mentioned earlier, taught me how to be more critical and objective with my work to get it to more professional quality. Sometimes I have too much fun goofing off and wander off the path of whatever I was writing, just like in life. Finally, Eva Natiello taught me how to think of writing not just as a hobby but as a business.

What do you and Elise like to do for fun?

Not much has changed since we first met that fateful night in 2012! We still love to play video games and go to metal shows or art museums. We love Game of Thrones or anything medieval. We even had our bachelorette party at Medieval Times.

If you were to give a gay woman advice on dating in today’s society, what would it be?

Get therapy! And don’t sleep with your editor.

Would you ever consider moving out of the big City and living somewhere with less hustle and bustle? If so, where would you go? If not, what is it about the big City that draws and keeps you there?

Sadly I am no longer the Queen of Gay Street. I am now the Queen of Suburban New Jersey! We decided to try moving outside the city to the ‘burbs as an experiment because our old apartment was just too small for two people. Then the pandemic hit, and we had to stay here since we both worked from home and needed the office space. I’m a lifelong city girl (even before this, I lived in SF and only briefly lived in suburban areas before that), so I make sure to come into the city almost once a week. New York’s my steady. I can’t stay away from her too long.

Congratulations on your comedy, Never the Bride, being featured. Do you think you will be writing more films? If so, are you looking to stick with comedy or venture out into other genres as well?

I’m thinking about expanding more into lez romance for the time being and revisiting film later, but I will always focus on comedy. As Paula Patton once said, “Comedy is not supposed to be funny. It’s supposed to tell the truth, and then that’s funny.” Using humor to say the quiet parts out loud, I think it’s how I’m supposed to contribute to society in this lifetime.

Where can fans read your current writings?

There’s an excellent anthology I’m in that Samantha Mann put together this year. It’s called “I Feel Love: Notes on Queer Joy.” The theme of the pieces is how each writer found the strength and joy to continue through adversity during the difficult times of their lives and found their happy ending. My essay there is about a time in my life before I came to New York, so if anyone likes this book, they’d probably love that anthology too! And last year, I wrote four pieces about Asian American identity and gaming with Wired. It’s not about romance, but they’re a lot of fun. 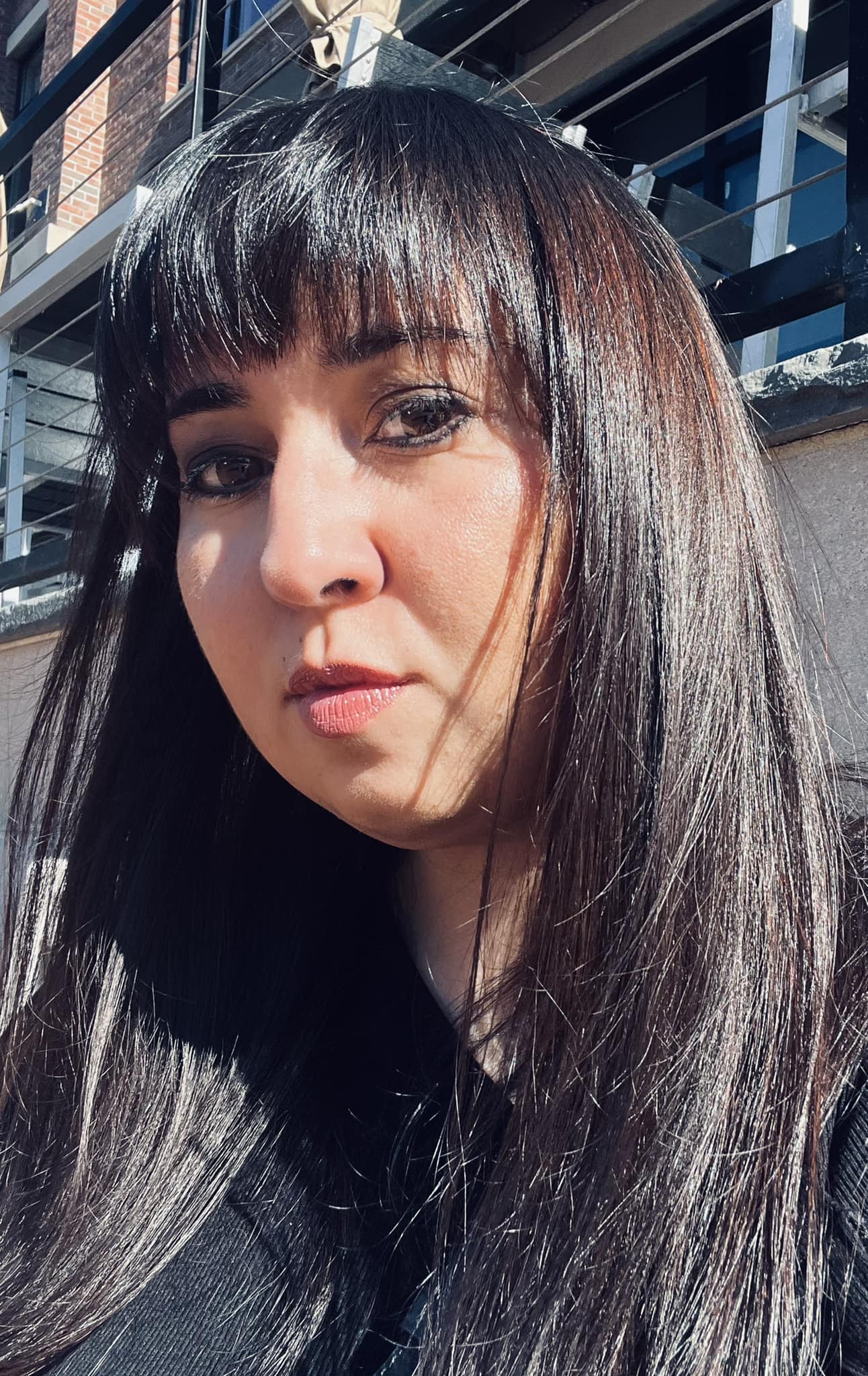 Esther Mollica has written for Wired, GO, Bust, Curve, Autostraddle and The Bay Area Reporter. Her work is featured in the 2022 anthology I Feel Love: Notes on Queer Joy. Esther’s short romantic comedy, Never the Bride, was featured as one of four films by up-and-coming women of color in San Francisco’s Frameline Film Festival, 2010.

In 2011 she was named, “New York’s Most Eligible Bachelorette” by Time Out New York, which ironically almost scared off her wife.