Interview with John E. Budzinski, author of Life Goes On 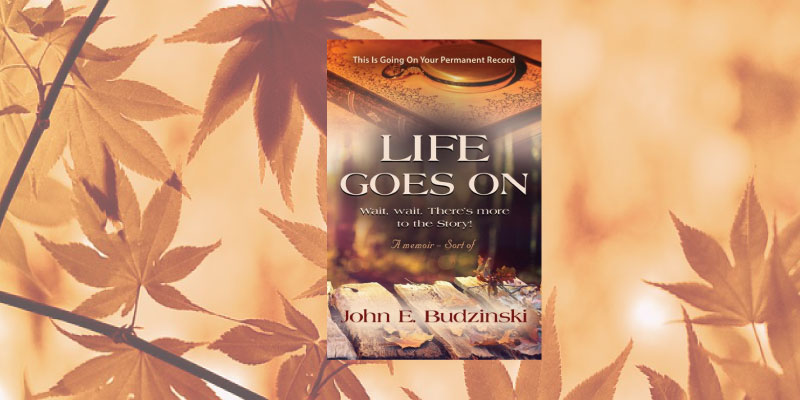 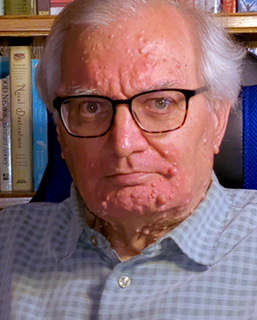 John E. Budzinski grew up in the Lordship section of Stratford, Connecticut. As a child, he always had a penchant for telling stories. John told stories about his experienced events, his cat, Louie, and his family. He took particular joy in yammering about the weirdness of the world he saw around him and the characters he met along the way. They were simple stories—totally uncomplicated ones about life and the strangeness of the world he saw around him

His writing came into being from an ill-fainted attempt to impress a college girlfriend’s father, who was News Editor of a local paper in Virginia. John wrote some op-ed pieces hoping to show him, he may be a jerk, but at least he was an intelligent jerk. His well-thought-out ploy didn’t work and said father still thought of John as a 25-watt bulb in a 100-watt world.

John’s misguided attempt to win the favor of his girlfriend’s father didn’t dissuade him, though. Instead, it sparked a love of words and language. He formed a special appreciation for stories, both his and those of friends and strangers. Good stories are good stories, especially when they remind others of their stories.

Many of those stories found their way into a column he penned for a New Hampshire weekly. His writing has appeared in the Boston Globe, the Quincy, MA Patriot Ledger, the Worcester, MA Telegram & Gazette, the Wyoming Tribune Eagle, the Connecticut Post, and the Waterbury, CT Republican American, among others.

A graduate of Virginia Commonwealth University in Richmond, he has studied at Northeastern University, University of Bridgeport, Fairfield University, and Temple University. A seasoned traveler and accomplished photographer, John E. Budzinski lives near the UNSECO Literary City of Iowa City, IA.

Q: What was your thought process for the organization of the stories in the book? For example, do you write an outline first? Or scribble ideas all over a piece of paper like little thought bubbles?
A: When I began writing my first book, Nothing Special – Just A Life, I had
thoughts and ideas about what I wanted to do and what message I wanted to express. That being, very few of us will have our busts placed in museums or be voted in a hall of fame. Our lives are ordinary and straightforward (with some remarkable moments intertwined). And, that connection of simplicity we all share is what makes us unique. I would update and comment on what I had written back in my column-writing days in New Hampshire. I came up with chapter names and their order, so I guess that is kind of an outline. Then, I selected a few of my old columns and other stories and began to write. To complete the book, I need to do my research. I talked with kids I grew up with and talked with other people, too. In this process, I learned some old classmates had died, others had dramatic events in their lives. Much of what I had planned for the book would not work. I took things out and added stories I thought I never would write about. Everything changed. Also, I realized what I wanted to do was too expansive for one book, especially a “first” book. Thus, I planned a trilogy and began the process anew. This long-winded answer comes down to this. This process – my process – of writing is one of evolution. I kind of knew where I was going, but when a new idea came along, I took the time to explore it to see if it fit. The writing took more time, but it worked for me, and I believe they made the books better.

Q: How long did it take you to write this book?
A: Once I began to write, the book was finished in about eight months. Then I spent a couple of months editing and revamping it. I did edit and changed it along the way, as well. Next, my editor took two months to do his review. Finally, I spent another month incorporating the changes the editor suggested. So the total time was a year to get it ready for publication.

Q: Who do you hope will read your book?
A: As an author, the answer to this question is simple. I want everyone to buy and read my book. But, the reality is different. The theme of this book is “Your Permanent Record” and your legacy. In it, I have conversations with Saint Peter as he escorts me to see “The Boss,” with whom I will have to defend that
permanent record and my legacy. So, that would indicate an older audience. But, in reality, the book is just a collection of simple stories. I know those stories are similar to readers’ stories, and they will relate to them and identify themselves in them. So, I think anyone who loves good stories and wonders about what secrets lie in their permanent records, and what legacy they leave behind, will have a great time with the book.

Q: As an avid traveler, is there anywhere you haven’t been that you really want to visit soon? Where and why?
A: This is an impossible question to answer – there are so many places. I guess number one on my list is Africa. It is so vast and diverse with many cultures, myths, and legends to investigate, and they have the most incredible collection of animals. Then there is Antarctica, the Amazon, India, more of the Middle East… the list is endless. And, my list of things I want to do would surprise you. While going on a safari in Africa would be great fun, I think I’d rather spend time in an animal rescue shelter or traveling around Europe with street performers. I have the heart of an explorer and the number one trait in the question below.

Q: Are you working on anything at the present you would like to share with your readers?
A: Right now, I am working on the third installment of my trilogy. The title is Two Cats In The Yard – A Place To Call Home. The publication is planned for 2022. Then, I am exploring the confusions of life in a new book with a rather long title. Growing up, we were told, “You’ll understand when you’re older.” All those people telling us this lied to us. “OK, I’m older. So how come I still don’t understand?” In addition, two other books are in outline stages. The first is a historical fiction novel set in Appalachia, Virginia, from the late 1960s through the middle 1970s. The second is about Oliver the Cat, who teaches a new kitten how the neighborhood and interaction with humans really work.

Q: What books or authors have most influenced your own writing?
A: This is a long list. Treasure Island was the first book I read that was pure adventure. I loved that the characters all grow as the story goes on; they become more than they thought they could ever be. I like that theme. Mark Twain’s books are fun, especially his travelogs: The Innocence Abroad, The Stanger Abroad, and Following the Equator. Reading them made me a better traveler, and I think a better researcher for my own books. I also love the books of funny men Lewis Grizzard and Dave Barry. I appreciate the philosophies of Andy Andrews (The Noticer) and Robert Fulghum (Everything I need to know I learn in Kindergarten). Others include Joyce Maynard, Mike Royko, Ann Beattie, and Mitch Albom.

Q: Favorite book when you were a kid? As an adult?
A: Like many of my friends and classmates, I loved The Adventures of Tom Sawyer and Huckleberry Finn, Treasure Island, and 20,000 Leagues Under the Sea. They were books about adventures in far-off places and growing up and becoming. Johnathan Swift’s Gulliver’s Travels is a favorite. Today, favorite books include Tuesdays With Morrie by Mith Albom, and The Noticer by Andy Andrews. I’ve developed a love of “becoming” memoirs as well. I really enjoyed Drinking with Men by Rosie Schaap and Make Me by Lisa Stathopios.

Q: How did publishing your first book change your process of writing?
A: It made me see I do not have to make my book perfect right away. Rewrites are part of the process – often multiple rewrites. There are reasons why beta readers and editors exist, and I have to be efficient in using them. But, the greatest revelation came in my new awareness of timelines and the plethora of back-office tasks authors/writers have to keep in mind and need to be aware of. Writing is the easy part. Getting one’s writing into the hands of readers is the biggest challenge, and the rules of engagement change almost daily. So, yes, my first task is writing, and I have to keep at it. But, it is not my only task.

Q: If you had to describe yourself in three words, what would they be?
A: ● Curious – just about everything fascinates me. I want to know and understand it all.
● Scattered – In light of wanting to know and do and explore it all, staying focused becomes something I always have to work on.
● Optimistic – It is my nature to believe that things and the world will be just fine – though, we all have to do our part.

Q: Outside of traveling and photography, what are some of your other hobbies when not writing?
A: I am pursuing a Ph.D. in political science, so politics, culture (which I believe drives so many issues the world faces today), and history are fascinating. In the light of all this, myths, legions, and mythology are fascinating for me to explore. They also seem to drive so many of the issues and problems we face today.