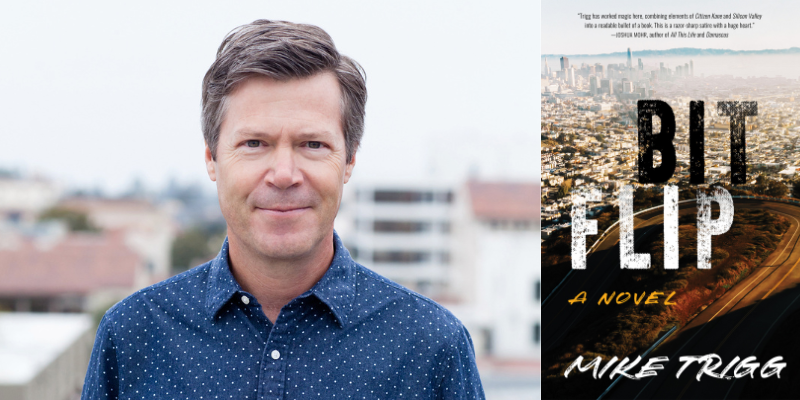 What made you decide to write a book about Silicon Valley tech?

I’ve spent the majority of my professional career in the Silicon Valley tech industry, so it was very familiar to me. Although the book is entirely fiction, many of the characters and stories are based on my real-world experiences. I also felt, while there are abundant nonfiction books about Silicon Valley, I found relatively few novels that authentically capture this time and place. Much of what’s been written about Silicon Valley either glorifies or vilifies the people, companies, and culture here. I wanted to write something that was more nuanced, complicated, and credible.

How many tech startups have you worked for or started? Which one was the most challenging and why?

Like many people in Silicon Valley, I’ve worked for a lot of companies over my career, at almost every stage and size. I’ve been the founder or co-founder of about a half dozen companies, as varied as a real-time data analytics company and a soclal gaming company. I’ve joined another half dozen or so startups that had already raised venture capital funding and had grown to around 50-200 people. And I’ve been a cog-in-the-wheel employee at very large public tech companies.

Probably the most challenging was a social networking company called hi5. It was a top 20 website in the world in terms of traffic at the time and growing exponentially — riding the wave of viral growth that other social media sites, such as MySpace and Friendster, were experiencing. It felt like it was going to be a huge success, but then Facebook came along and took over the whole category. Then the 2008 financial crisis happened, and everything was a struggle after that. It went from a sure thing to an afterthought in less than a year.

Are you planning on writing another book and if so, will it be along the same topic as Bit Flip?

Yes! I’m just finishing my second novel, BURNER. It’s an entirely new story, not a sequel to BIT FLIP. That said, it’s also set in the San Francisco Bay Area and examines similar themes. BURNER is a fast-paced psychological thriller with a dual first-person narrative alternating between Shane Stoller, the anonymous leader of a burgeoning alt-right online movement, and Chloe Corbin, a progressive billionaire socialite and Instagram celebrity. The story opens with Shane arrested for treason and Chloe abducted by Shane’s followers, none of whom realize Shane and Chloe are secretly in love. It’s a headfirst dive into our social media-obsessed culture, raising the question of whether real human connection is inherently incompatible with our addiction to online esteem.

What was your brainstorming process in writing Bit Flip?

BIT FLIP actually started as a series of vignettes. These were just amusing or eye-rolling stories from my career in technology that I started capturing and fictionalizing. Although the book is entirely fictional, many of the scenes and characters are mash-ups of, or adjacent to, actual experiences and people. I think that’s what makes the book so credible, particularly for people working in the tech industry or living in the Bay Area. They’ve seen these characters, experienced these situations, and struggled with these same moral dilemmas themselves. In writing the book, I tended to brainstorm scenes first, then decide what would happen in that scene in terms of characters, action, and dialog to advance the plot.

What was your favorite thing about your main character, Sam? Least favorite?

My favorite thing about him is his Midwestern roots. Although I’m from Wisconsin and Sam is from Ohio, that upbringing really influences the values, beliefs, and behaviors that define who we are. There are three chapters in the middle of the book when Sam goes back to Ohio that are simultaneously heartbreaking and endearing, helping the reader to understand Sam’s mixed emotions of humility, guilt, ambition, and pride that underpin his decision-making. My least favorite thing about him, and what I found most difficult to write, is how those character traits lead him astray. Sam was initially a “good guy” in the original draft, but good guys aren’t very interesting! So I imbued him with more flaws that manifest themselves in unexpected ways as the story progresses.

What is your favorite book and why?

This is one of those questions I find almost impossible to answer because there are so many great books. But I’ll give you three, each very different in terms of style and era, that were influential for me and my writing: THE GREAT GATSBY by F. Scott Fitzgerald for characters with hidden motivations who are more complicated than they first appear; FEAR AND LOATHING IN LAS VEGAS by Hunter S. Thompson for the ultimate unreliable narrator combined with an unhinged sense of adventure; and FIGHT CLUB by Chuck Palahniuk for a psychological mind-bender with a jaw-dropping unexpected reveal. I usually read at least one novel each week, all of which I rate and review on Goodreads if you’re interested in what I’ve read lately.

What do you enjoy about living in the Bay Area?

Even though I’m often critical of it in my writing, I truly love the Bay Area. In fact, I wrote an entire post about the “Top 10 Amazing Things about Silicon Valley” on my site just as the pandemic was beginning if you want a full answer to this question. But if I had to distill it down to one thing, it’s the people. The Bay Area is populated with people from all over the world, most of whom have proactively chosen to be here. The result of that self-selection process is a community and culture that is naturally optimistic, aspirational, inclusive, progressive, and forward-looking. Sometimes, that mindset can go too far and tip into entitlement or even elitism, which I write about in my book. And the continuous influx of people (although the last couple years, it’s been an outflux) creates its own undesirable side effects, including gentrification, high cost of living, and wealth inequality. But, on the whole, it’s the people and the culture they collectively create that make the Bay Area a special place.

What are some things you enjoy doing in your free time?

I love to cook, and I’ve amassed quite a substantial collection of cookbooks over the years. Several of which I’ve basically read like novels, cover to cover. (Thomas Keller’s are my favorites.) I also really love getting outdoors for various activities and enjoying that amazing Bay Area weather. I run or hike most days and occasionally manage to fit in golf, tennis, skiing or some other more ambitious activity. I even play soccer sometimes, like my two sons.

Do you like to travel and if so, where is the most fascinating place you have been to?

I absolutely love to travel! I studied abroad in Russia during college and then did the whole backpack through Europe thing for almost a year after graduating, working odd jobs including as a bartender in London. My wife loves to travel too, so we’ve had some amazing family adventures with our kids since then. Probably the most fascinating place we’ve been is Machu Picchu in Peru. Everyone who has been there says that, and the site’s popularity has created challenges in its preservation. But it truly is incredible. For natural beauty, I would probably say Iceland. From waterfalls to fjords to volcanoes, everywhere you look you’re seeing something you’ve never seen before.

The Bay Area is well known for having some amazing places to eat. What are your favorite restaurants in the Bay Area?

Another question that is hard to answer because there are so many good ones. Some of my favorites actually made it into scenes in Bit Flip, including Boulevard, a long-time San Francisco institution right on the Embarcadero waterfront, the Dutch Goose, a family friendly bar and burger joint close to my home in Menlo Park, and Cafe Borrone, an iconic cafe adjacent to Kepler’s Books also in Menlo Park. But one of our most favorite nearby spots is Vina Enoteca in Palo Alto. We’ve been there enough that we’ve gotten to know the owner, Rocco, who does an incredible job curating authentic Italian food, wine, and provisions for sale. It’s been such a struggle for all restaurants over the pandemic, and it’s great to see many of our favorites coming back strong in new and innovative ways. 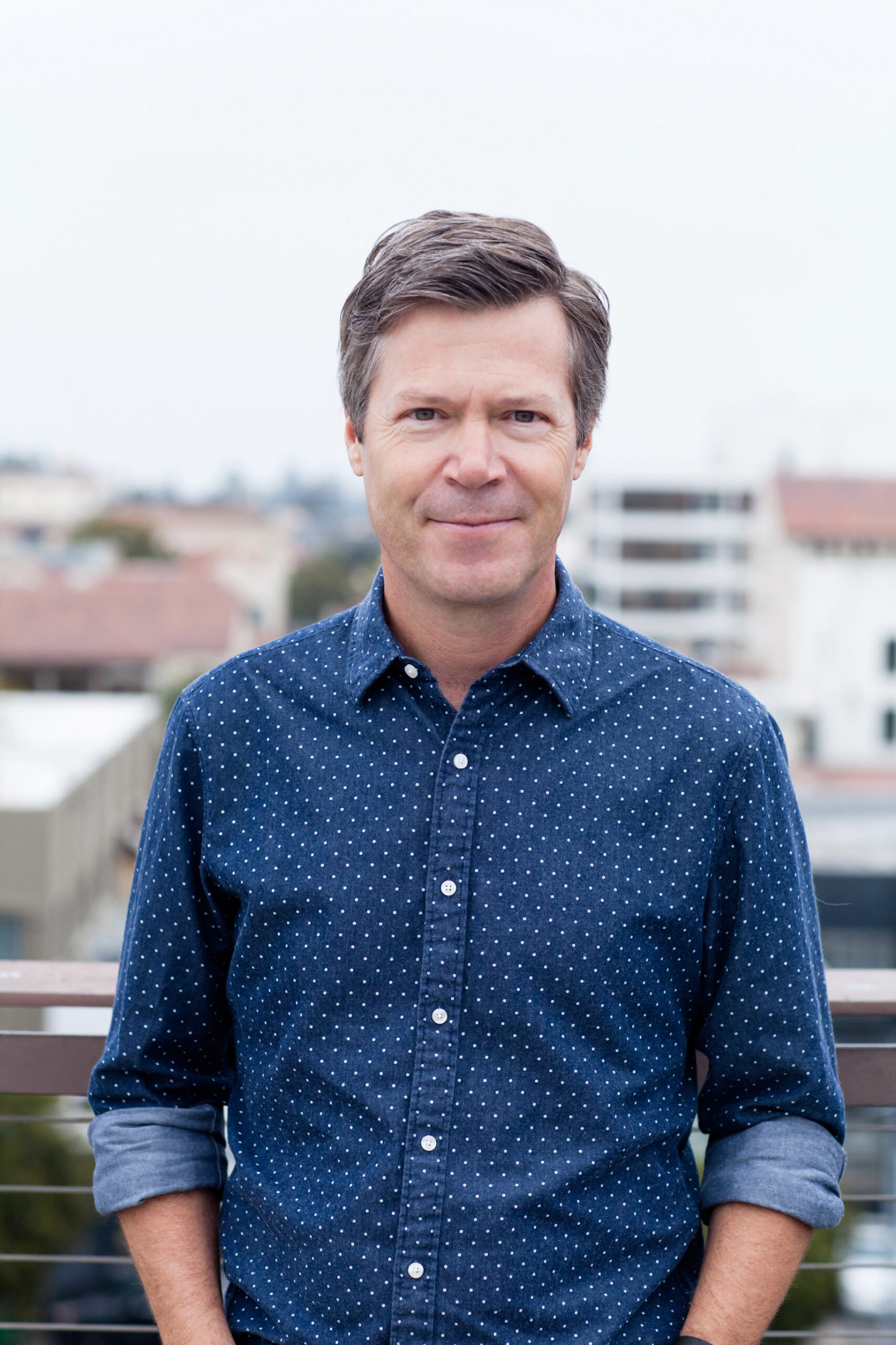 Mike Trigg was born in Kentucky and raised in Wisconsin. He earned a BA from Northwestern University and an MBA from the University of California, Berkeley. Over his twenty-five-year career in Silicon Valley, he has been a founder, executive, and investor in dozens of venture-funded technology start-ups, as well as a contributor to TechCrunch, Entrepreneur, and Fast Company. He lives in Menlo Park, California, with his wife and two sons. Bit Flip is his first novel.