Interview with Sherene Rutherford, author of A Journey for Perlene 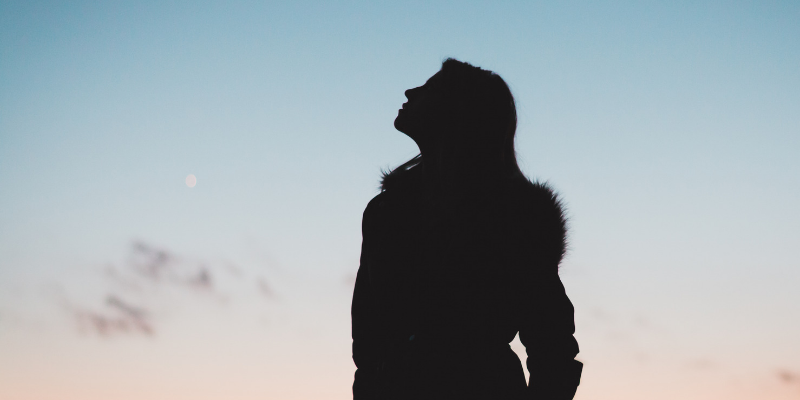 SC: How autobiographical is the novel, and why was it important to you to tell the story in a non-linear fashion? 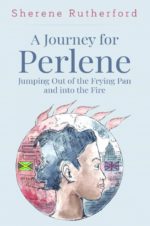 SR: The book is somewhat autobiographical as the character Perlene’s story is very similar to mine. Biographical because the characters Camille and Antoinette mimic the lives of my sisters, who migrated to England the same time I did. The book was written over a period of eight years and was written in a non-linear fashion because I wrote it as and when my memory recalled the events. Taking into consideration that my sisters and I have families of our own, I felt it was wise to use fictitious characters to tell the story in a biographical style rather than an autobiographical one.

SC: There seems to be a cultural commentary at the heart of Judas’s deportation. What is this episode in the novel meant to convey about government involvement in the lives of families?

SR: Judas was deported just over a year after he got married. He was studying at the time he was deported and that was for failing to send his paperwork in within the time frame given. This was due to the financial hardship being a full-time student, working part-time, and having to pay a solicitor to submit the paperwork to immigration. He sent it in as soon as he had sufficient funds to do so, but the deadline had lapsed by then.

He got married during that period, but the government decided that this made no difference to their decision when he appealed against the deportation order. He showed evidence of his qualifications, but it made no difference. I visited my local MP and even wrote to the prime minister, and still they would not revoke the order, so in the end he had to leave for a period of over three years before the deportation order could be revoked. This was not justified, as he clearly had every intention of trying to make a better life for himself and his family.

The long-distance relationship had its toll on his marriage, and his children were affected by the decision. Financial limitations meant I was only able to visit twice over the three-year period. When my husband returned, we had to start over again, rebuilding our marital relationship, which put great strain on the marriage. What could have been the marriage of a lifetime was permanently damaged. The reality was that when he returned, he sought employment straight away and found work, and we tried rebuilt together over the next fourteen years before the marriage ultimately ended in divorce.

The government needs to look at their policies when making a decision to separate families, especially when they pose no threat to society and those separations have irreversible long-term effects.

SC: As an immigrant to England, Perlene feels isolated in her new school. What can schools do to be more welcoming to immigrant students?

SR: Perlene came to England in the 1980s, and things have changed since then within the school system. However, starting school shortly after migrating, she was left to make friends rather than being introduced to her classmates or even having a classmate show her around for the first week to help her settle into her new school. There was excitement for the students who already attended the school, as they knew new children were going to start attending the school, but as Perlene was 14 years old and had no idea of the school system in England. It was quite unsettling and challenging. Since 1981, there have been changes to help integrate children of different nationalities into new schools, like assigning a classmate to show them around.

SC: Relationships between men and women are often negative in the book. Is this meant to reflect the negative aspects of a male-dominated culture or just the bad luck of these particular women?

SR: In our culture, many families are fatherless, meaning that the fathers are absent for many number of reasons. This includes families whose children choose not to remain with their parents, and so as a result the children in most cases live without the presence of father or male figure in their lives. Sometimes, as in Perlene’s case, they end up in relationships seeking fatherly love. And most of the time the men in the relationship are themselves fatherless and so don’t know how to treat or show love to a woman.

Therefore, I would say that it is not so much a comment on a negative aspect male-dominated culture but more on the consequences of having absent fathers.

SC: The loss of Antoinette’s child is structured around the loss of the daughter’s potential. How does her loss resonate with the family?

SR: The loss of Antoinette’s daughter for her was devastating. She loved her very much, and she was the first child in her marriage. Antoinette felt she didn’t get the opportunity she wanted to be a gymnast when she was a child, so she supported her daughter, who loved sports. Her daughter managed to compete in swimming galas and secured a place in a private school through a scholarship. Being that her daughter was hard working and had great potential and was so young when she departed this Earth, it was devastating not just to her mother, father, and siblings but to the whole family.

SC: Perlene and Camille both suffer abuse in the novel, though the abuse is not specifically described. Camille receives some form of diagnosis and treatment but still ends her own life. How would you like to see mental health addressed for victims of abuse?

SR: Mental health issues are now taken more seriously than in the past, as we can see from the media coverage. Mental health issues for a child can be difficult to detect when one does not know the underlying problems that might be present. For Camille, she lived with it for many years without telling anyone. However, the fact that she tried to commit suicide on more than one occasion was an indication of mental health issues and therefore should have been taken seriously by health professionals. Camille was also admitted to the hospital and released after two years, but she was sent home without being offered adequate care from Social Services, like ensuring that she was monitored and cared for whilst trying to integrate back into the community.

SC: Perlene struggles when she learns her daughter Ashiek is a lesbian. Do you see her struggle as more influenced by the Christian community of which she is a part or of the Jamaican culture in which she was raised?

SR: Perlene was brought up in a heterosexual and Christian household and so was never educated on that type of lifestyle. Perlene growing up as a child in school did not think about lesbianism, and so this subject matter was taboo. It was also not accepted in the church environment, and it has only just recently been publicly embraced by some church denominations. This is also a taboo subject in Jamaica, where Perlene is from, at least during the time she resided there. I would say that we fear the unknown and subjects we know very little about, so we try to avoid them or pretend they don’t exist. However, the bond between a mother and her child is not easily broken.

SC: The value of forgiveness is a meaningful and central concept in the novel. Why was it important for you personally to write about forgiveness?

SR: Forgiveness is taught in every culture and religion in some form or the other, and one of the areas that I study is “The Laws of Attraction,” which teaches that to forgive is healthy because we make ourselves ill if we do not. The unfairness of unforgiveness is that it makes people bitter and angry. The most devastating part of unforgiveness is that it is usually the result of person’s action being imposed on another. Hence the person who ends up with unforgiveness is the innocent party. Thinking about it, why should anyone allow another to impose anger, bitterness, and other unhealthy emotions on them when in fact they did nothing wrong?

A prime example is when Perlene’s husband, Judas, has an affair. Why should Perlene become bitter and angry, which in turn triggers illness and bad days, even though she did not provoke or encourage his behavior? By forgiving him and moving on with her life, she can remain hopeful and have a better quality of life. The laws of attraction teach that Karma puts things right and religion teaches that ‘what you sew you reap. Thus Perlene’s belief is that you are responsible for your own actions and so you create your own reality. 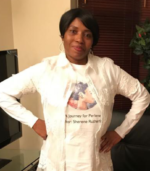 Sherene Rutherford was born in Kingston, Jamaica, and left to join her mother in England at age thirteen. She graduated with an honors degree in Finance and Accounting at the Thames Valley University (Ealing Campus). She’s now a mother of four, and A Journey for Perlene is her first book.

Shannon Carriger is a teacher and writer living in Kansas. Carriger won the 2015 Editor’s Choice Award for Poetry from Inscape Magazine, she has been nominated for a Pushcart Prize, and her work is forthcoming or has appeared in various publications including Kansas English, Blood Lotus, Prometheus Dreaming, and The Midwest Quarterly. She lives with her poet-professor husband and their dog, Zelda, who is the sweetest of all beasts. Carriger has been a reviewer for City Book Review since 2017.