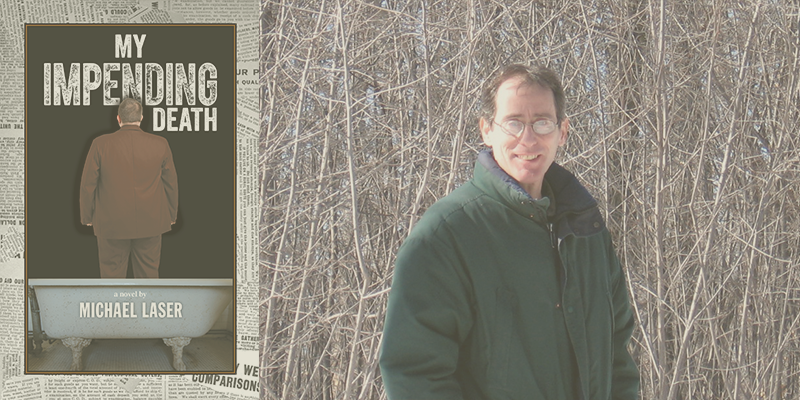 Recently, I learned, to my great surprise, that a story I wrote has become an international bestseller. Nearly three million copies have been sold, and translations are forthcoming in dozens of languages. A movie version opened in the U.S. a few months ago. How did I miss all of this?

Simple. My novel, My Impending Death, was published by a small press. Though well-reviewed, it has mainly sold to libraries. A Man Called Ove, the Swedish bestseller, just happens to have a nearly identical plot: unhappy middle-aged curmudgeon decides to kill himself, but involvements with needy, annoying neighbors get in the way. Both books are dark comedies. Both feature protagonists who seem anything but charming.

I’d never heard of Ove, until a friend sent me an article about the book’s success. (Sound familiar? he wrote.) Reading the synopsis, I went rigid. Among the many coincidences: Ove is befriended, and ultimately saved, by a young Iranian woman. In my book, the endearing immigrant is a home health aide from the Republic of Georgia, who takes care of the protagonist’s landlady.

I didn’t suspect Fredrik Backman of plagiarizing my story—especially because his book came out first. But the article sent me into a fever of envy and despair. Independent booksellers have been urging A Man Called Ove on customers. The U.S. publisher has reprinted it 40 times. Backman has passionate fans in South Korea!

It felt like a sadistic cosmic prank. I’ve been writing fiction for more than 40 years—longer than Backman has been alive—but the world fell in love with his book and pretty much ignored mine.

You’re assuming that A Man Called Ove is better than My Impending Death. It’s a reasonable assumption: I had the same thought. At first, I refused to look at Backman’s book, fearing what I’d discover. Then I realized that my dread might be misplaced—A Man Called Ove might actually be a piece of crap. Eager hordes rarely line up to buy literary masterpieces.

Steeling myself, I brought the book home from the library and set it on my night table. I waited until bedtime to open it, though. No use wrecking the rest of the day.

The first pages of A Man Called Ove released me from worry—not because it was awful, but because it had nothing in common with my book beyond the storyline. Ove is a blue-collar grouch, irritated by the trendy, ridiculous people around him. He has simple, old-fashioned values. We soon learn that, despite his constant grumbling, he’s really the most admirable of men. If he seems sour, it’s because his beloved wife died just a few months ago. The book is a machine with a simple function: to make the reader care about Ove. It sinks its hooks into you quickly and efficiently. I laughed in many places, and wanted a happy ending for Ove, even as I watched the gears turning.

The differences between A Man Called Ove and My Impending Death could serve as a lesson in the business of publishing. Angus, my protagonist, isn’t secretly noble, like Ove. He helps the downtrodden (by writing tear-jerking newspaper articles about them, to inspire charitable donations) but has little respect for his subjects. He, too, had his heart broken long ago—by a Swedish girl (yet another coincidence!)—but the experience left him bitter. His harsh, outrageous wit spares no one; the first chapters offer few reasons to love him. I confess that I expected readers to like Angus, despite his faults, to see the pain beneath the harsh jokes, and was disappointed that some people loathed him. If you intentionally challenge your readers, you have to accept the fact that not everyone will accept the challenge.

Long ago, whenever a rejection arrived in the mail, I would think hard about my goals. Should I set aside my perhaps-too-lofty aspirations and try to write something more commercial? Yellowing in my file cabinet are many pages of scribbled notes for blockbusters. No matter how far I took those plans, though, the next book always turned out to be another literary novel.

Many years have passed since then. Yes, it hurts to see this other book reach so many more readers than mine. But no, I don’t spend my days in envious torment. Backman seems like a good guy, and I wish him well (even though he’ll hate me if he ever sees this). I have my own novel-in-progress to think about.

I started writing fiction because I admired my favorite books more than anything else in the world, and naively hoped to add something of my own to that short shelf. As a beginner, I couldn’t see the distance between my best work and that of my idols. Now that I can, I work more modestly, but still hope that my work will please readers—with unexpected flashes of absurdity, moments of piercing sorrow, and the sense that the words are capturing the texture of life in a new way. If I can deliver all of that, while persuading people to care about characters who don’t make it easy, then I will have justified this wildly impractical, heartbreaking career choice.

He has also published essays and articles in the New York Times, Salon.com, Newsday, the Los Angeles Times, and other periodicals.

Laser was born in Brooklyn, New York, and grew up in Queens, New York. He received a B.A. from the State University of New York at Binghamton in 1975, and a Master’s from the Johns Hopkins University, where he studied in the creative writing program with novelists John Barth and Leslie Epstein, in 1977.

After living for 17 years in Manhattan, Laser moved with his wife to New Jersey, where they now live with their two children.