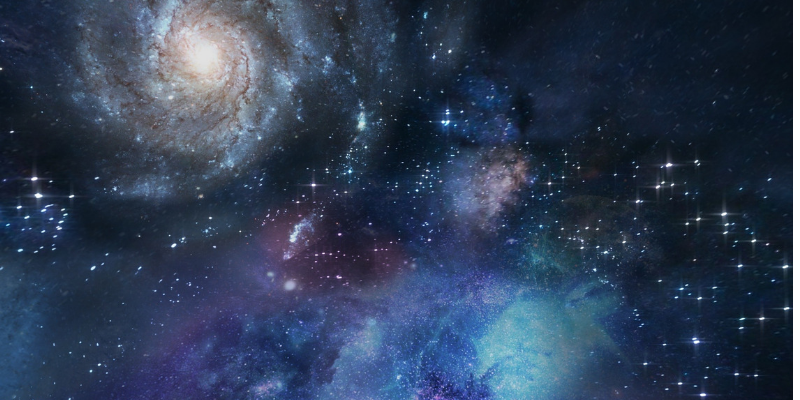 Very evocative, maybe even rejuvenating for the whole science fiction and fantasy field, is The Broken Earth trilogy (2016, 2017, 2018), from New Yorker Nora K. Jemisin (1972-). She made science fiction and fantasy history by winning the influential Hugo Award three years in a row, something that has never happened before. It is impossible for genre fans to ignore her historic literary accomplishment. The Fifth Season (the first in the series (followed by The Obelisk Gate and The Stone Sky) was also selected by the PBS News Hour as their June book of the month.

This has all propelled Jemisin to preeminent status in the field, with some now some calling her “The Reigning Fantasy Queen,” having for some “replaced” the late Ursula K. Leguin, Lois McMaster Bujold, Connie Willis, late Octavia Butler, and maybe a few others (all multiple award-winners themselves). In prior years, science fiction has received criticism for the dominance of straight white men both in the stories and among the writers venerated within the genre. Jemisin is the first non-white person to win the Hugo, and the field broadly is now more diverse in terms of gender, race, and sexuality than it once was. Though science fiction always had a diverse reader- and writership, those voices are no longer muffled by the same set of rules and gatekeepers who once governed it.

Canonical science-fiction authors Arthur C. Clarke, Isaac Asimov, and Robert Heinlein helped popularize the science fiction genre: Clarke was a futuristic “guide” who took us out into nearby space, Asimov was a humanitarian with encyclopedic knowledge of several subjects, and Heinlein an ambassador and a trailblazer. There was also J.R.R. Tolkien, who created a new English mythology that differed from the traditional King Arthur narratives. Jemisin has brought her professional knowledge of psychology to her stories, heightening readers’ interest in and exposure to modern psychological and sociological concepts. She successfully demonstrates this most recently in her award-winning trilogy. A prolific author, Jemisin currently has published nine books and a novella, along with short story collection, How Long ‘Til Black Future Month? this year.

How Long ‘Til Black Future Month? showcases the range of her talent with stories that draw on many genres. In it she also explores some of her own experiences in an honest and insightful discussion of anger and internalized racism.

Her Broken Earth Trilogy is a timely exploration of sociological and personal themes and the issues that plague us: What is free speech? What is hate? And what is allowed? and by whom?

Annalee Newitz writes that Jemisin has changed the game by blending science and science fiction. One might argue that the trilogy with animism is more akin to fantasy. At the publication of final novel of the trilogy, The Stone Sky, Newitz also pointed out that “Sometimes a book series is so important that you want people to put everything aside and just read it.”

The Broken Earth Trilogy follows a family of “orogenes” who have the ability to alter and manipulate rock and stone, making them dangerous and therefore oppressed. This can be dangerous “magic” to anyone nearby, but the ability is genetically inherited and results from a special morphology in the brain. One could be killed for using their “orogeny” and there are groups that have been developed to manage and control them. They are derogatorily called “roggas.” Some go into hiding to avoid these conflicts, but they can also be hunted. In certain situations they are useful in that they can help control seismic activity, but society is worried about them.

There also are fascinating revelations.

They live on a world where the moon has gone into an irregular orbit which affects the global weather systems of the planet. There are those in the story who want to send the moon into a correct orbit so that seasons will be more predictable and less harsh. The conflict has gone on for generations, and the characters need to learn about and understand the past, and the technological relics it has left behind. There are fascinating historical mysteries here. The world, “Father Earth,” is angry about what has transpired, with the series having an environmental message about the damage that the bipeds have caused the planet. There are some fascinating creations in this one that will amaze some genre readers.

This is a must-read for those who want to understand or follow the field. The Broken Earth Trilogy reminds that we have plenty of challenges still left here on Earth. This does not posit a future, at least not one we would recognize as a future, but it forces us to acknowledge the anger of the present.